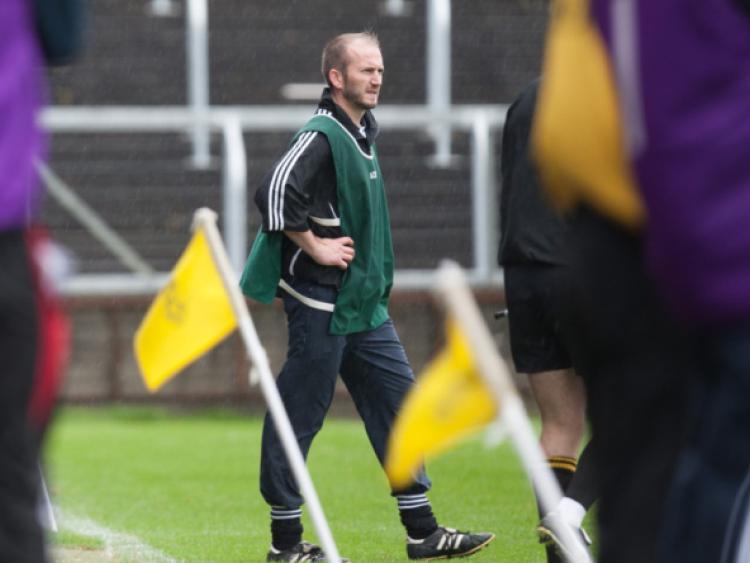 Coming in to manage a team that had just been beaten in a county final, Joe Higgins didn’t need to be told what the aim was this year.

Coming in to manage a team that had just been beaten in a county final, Joe Higgins didn’t need to be told what the aim was this year.

A three point loss to Portlaoise at this stage last year meant that Arles-Killeen knew where they wanted this season to go, and Higgins was the man charged with getting them there.

It was never going to be easy, but the St Joseph’s man knew when he came into the job that everyone was aware how tough it was going to be. “The lads knew themselves that you can’t just get straight back there. I had come up against them last year with Graiguecullen, there is an awful lot of determination there, and skill, and they have some really good players here. I knew they were capable of doing it.

“Sometimes you go in with an attitude that you are going to go directly back. I remember playing with St Joseph’s, we won a title in 2000 and played in the final in 2001, but after that then it just didn’t happen, so for the lads to get back two years running is a great achievement.”

The early days of his tenure were somewhat inconsistent, as they had four wins and four losses from the first eight games. Since then, however, they have won seven games on the spin, including four closely fought SFC games.

With another close one expected this Sunday, Higgins is hopeful those games will stand to them in the final. “We had played Ballyroan in the league and they were short players and we beat them fairly well, but we knew coming into the championship that Ballyroan can always pull it together. It was a tough game, Ballyroan are always a tough team to beat.

“Then against The Heath, and to have to play them twice, and have to raise our game again. Some of the lads were saying they were a lot sorer the second day after The Heath game than they were after Graiguecullen game, The Heath are a tough team, they bring everything to the table.

“In terms of preparation, we’re not after getting any easy games, and you’d be hoping that might stand for something on Sunday.”

One feature of their play so far has been their defence, which has conceded just one goal, and Higgins knows they will have to be on top of their game this Sunday. “I’d always be trying to read into stats, and I knew from last year with Graiguecullen that Killeen had the best defensive record in the league last year, and throughout the championship.

“Defensively the lads are good. They are old style backs as such, they are man markers. They don’t necessarily bomb up the field every time we have possession, they stay with their men and mark them tight. We’re definitely happy going in, but we’re going to have to be defensively ready the next day or you could get torn to shreds very easily.”

As he looks ahead to Portlaoise, he is fully aware of the task facing his side. While Portlaoise may not have hit the heights of previous years so far, Higgins feels that is just another sign of how good a side they are. “You’d be expecting that that is going to stand to them as well. The longer Portlaoise are in a championship the better they get everyday. They are going for an unprecedented eight titles in a row, it is a fantastic achievement at the end of the day and we know we are totally up against it on Sunday. They have some fantastic players that are seasoned campaigners. Seven titles in a row is not easily done.

“We have no doubt about the task facing us, but we have put ourselves in the position to contest another final, and when you’re in it anything can happen, and we’d be hoping that maybe we could come out of it on the right side.”