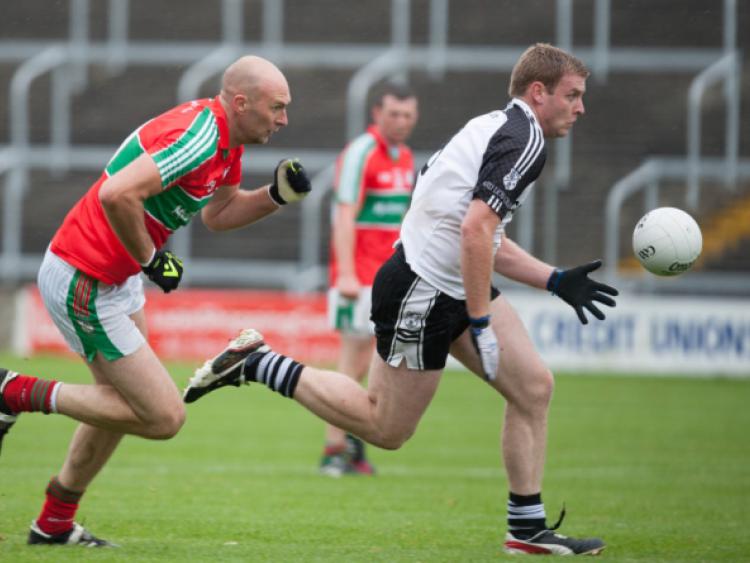 When Joe Higgins set about the task of guiding Arles-Killeen to an SFC final, one of his first acts was to appoint a captain. Except he didn’t. He appointed two.

When Joe Higgins set about the task of guiding Arles-Killeen to an SFC final, one of his first acts was to appoint a captain. Except he didn’t. He appointed two.

Joe Mulhare and Donie Kingston were chosen to lead as joint captains, a decision made not out of indecision, but to share the load of the captain, and to encourage more leadership amongst the group.

It’s not a route most clubs take, but for the two men involved, it has been working well. Friends since their school days, they are happy to share the load, and have found themsleve dovetailing well as the year has progressed. “There is a lot of pressure in being captain” revelas Kingston,”so sharing it between the two of us is a help. We can ask each other questions and play off each other, and it has been a big help.”

“Joe can come up with some very inspirational speeches, but he leads on the field as well. There’s a few lads I’ve played with that are all talk and don’t have the action behind it, but we think we do a bit of both, and we help each other on the field.”

When the season started, the two of them had the same goal as everyone else on the panel, to get back to a county final.

Having lost out to Portlaoise in last year’s decider, the onus was there to make a swift return, and they have. It hasn’t been easy though, as they have played four closely contested games en route to the decider, and Mulhare is just happy to have passed all the tests so far. “They have been tough, in the second half of some of the games people might have been wondering if these boys were going to push on or were they going to crumble.

“There has been a few tight games alright, but it’s good just to be winning and we’re happy to be back in a final, it’s hard to get back there. We were just taking one game at time, whether we won by one point or ten points, we were happy to get the momentum.”

As a member of the Arles-Killeen defence, Mulahre has played his part in an impressive back line which has conceded just one goal so far this campaign. While that is an impressive stat, he knows it won’t count for much on Sunday. “There’s been years where we have been going well and not conceding, and then we go into a game and concede a flurry, so I’m not reading much into that. It’s always nice when you keep a clean sheet, that’s every back’s target, to reduce the number of goals going in, but we’re not reading too much into it.”

Portlaoise now await in the final for the second year in a row, and while the reigning champions have yet to hit the heights they have in the past, for Kingston that is just further evidence of home good they actually are. “That’s the sign of a good team, when they are not playing well they are able to grind out results. I’d say they wouldn’t mind if they didn’t play well for the whole championship as long as they win it. That’s the most important thing.”

The victory is all-important this Sunday too, and Arles-Killeen will just be hoping that two sets of hands will get to lift the trophy.