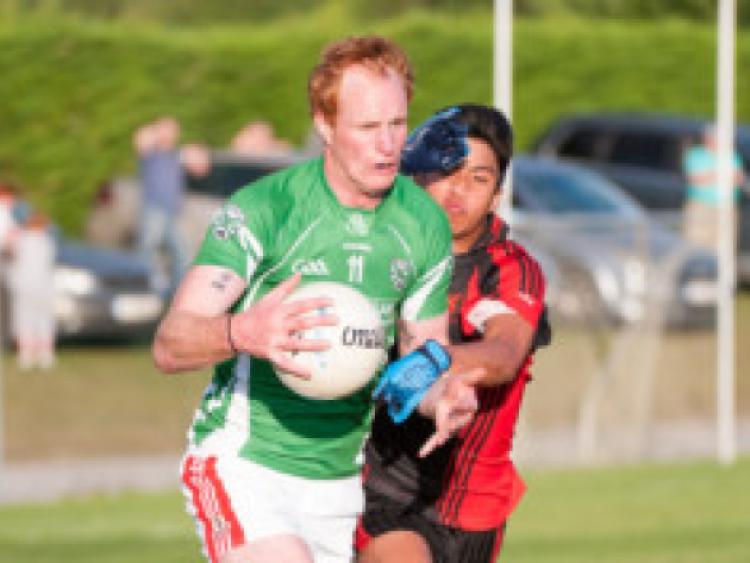 Timahoe stormed to a comprehensive thirteen point victory over The Rock with Padraig Clancy rolling back the years to rack up a personal tally of 1-8 in Stradbally on Tuesday.

Timahoe stormed to a comprehensive thirteen point victory over The Rock with Padraig Clancy rolling back the years to rack up a personal tally of 1-8 in Stradbally on Tuesday.

The Rock opened the game well with Conor Flynn and Stephen Conlon giving The Rock an early lead. Timahoe replied in the best fashion possible with Martin Bergin getting on the end of Padraig Clancy’s high ball into the square to push Timahoe into the lead.

Almost immediately, Timahoe grabbed their second goal of the game. Clancy fed the ball to the oncoming Ruairi O’Connor who side-stepped through the The Rock defence before hitting the back of the net send Timahoe into a deserved lead.

Robbie Foyle and a Padraig Clancy free pushed Timahoe’s lead out further, before Ruairi O’Connor was dismissed for a black card. The Rock went on to take full advantage as they fired 1-2, with Thomas McDonald firing a brace. Paul Dunne was on hand to provide the finish for the goal to leave just two points separating the sides.

Stephen Conlon replied with a free before the interval, while Padraig Clancy notched another 1-1 before Eddie Kinsella could call time on the half to leave the scoreline standing at 3-10 to 1-5 at the interval.

The second half proved to be a much more even affair with Timahoe outscoring The Rock by eight points to six. Stephen Conlon contributed three points, Paul Dunne (2) and Brian raised the white flag to complete their scoring. Padraig Clancy went on to notch a further three points to his tally, while points from Joe Foyle, Joe O’Connor, Martin Bergin and Robbie Foyle eased Timahoe into the next round.