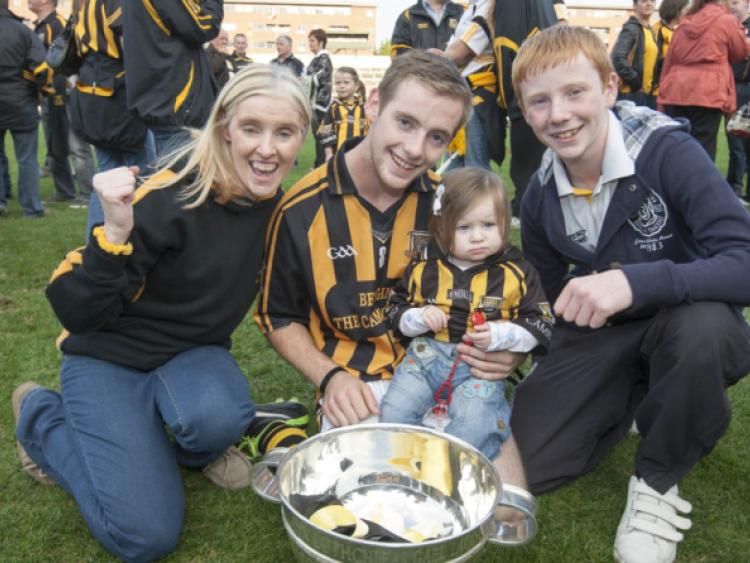 It has been a memorable year for Laois hurling at club and inter-county level which culminated in a super Senior Hurling Final last weekend. With the season now concluded, Rory Delaney does a report card for each of the eight teams and ranks them based on their 2013 campaigns

It has been a memorable year for Laois hurling at club and inter-county level which culminated in a super Senior Hurling Final last weekend. With the season now concluded, Rory Delaney does a report card for each of the eight teams and ranks them based on their 2013 campaigns

Back on top of the pile and secured a 24th Laois SHC title. After being hammered by emigration over the last few years, it was a remarkable turnaround in their fortunes this year, aided by a wonderful season by Zane Keenan and the emergence of a new crop of talented youngsters.

They will face a mighty battle to retain their crown next year, but it is a huge credit to the club that they can continue to produce so many talented players, even when things don’t appear to be going in their favour. A flawless championship too, they won it through the front door, winning all four games.

Talent-wise, they are very close to winning an SHC title, but the lessons learned on Sunday will be crucial if the players take what they need to from it.

It was their first ever SHC final and the occasion seemed to weigh on them at times, and they will have to learn to better control themselves on the big day. Experience is a great teacher, however, and they certainly have the right personnel and the right age profile to be back here next year, and many years after that.

They made a league final too, so it was a good season overall, but the final hurdle was a little too high.

A mixed year for them, but a league title is some reward even if it was followed by a sketchy enough championship.

They were stunned in the first round by Camross, but bounced back to see off Ballinakill before being involved in another two-game epic with Rathdowney-Errill. They did well to come out of that but those games seemed to take a lot out of them, and they were well beaten in the semi-finals.

The emergence of Aidan Corby and Ronan Broderick will strengthen them for the future.

Made it to a semi-final, but there was still something disappointing about Portlaoise’s season.

Having gotten the two Fitzgeralds and Cahir Healy to commit solely to hurling, this was their chance, but they couldn’t take it. Saw off Ballinakill in round one, but their subsequent hammering by Camross was the heaviest defeat suffered by any team in this year’s championship.

On the plus side, they blooded a few more young players this year, which they needed to do.

They only won one game in this year’s championship, which is hard to believe given their recent record.

That was against Castletown-Slieve Bloom in the opening round, after which came a defeat, a draw and a defeat, in that order.

They make it into fifth place for the manner of their performances in the last two games, when they produced spells of outstanding hurling, while they too continue to introduce new, young players to the mix.

Overall, a disappointing year for them. Lost to Rathdowney-Errill in the opening round and never did anything of note after that.

Held on for a one-point win over The Harps in the qualifers after that, and then surrendered meekly to Portlaoise in Round 3, scoring just 1-6 in the process. They are certainly capable of better, and they should learn from the team below them in this list.

Another season like this could be more severely punished.

Looked nailed-on certainties for relegation until they sprung to life in the relegation playoff.

It was a tough year for them off the field with injuries and emigration, but they have an impressive pool of talent and should have been able to rescue themselves long before the final game of their season.

They will have to hope this year is merely a blip, and they can get back to contending at the proper end of the championship next year.

When Ballinakill wound up in the relegation playoff, you felt they were a little unlucky, having played well in both their games.

When the final whistle went, however, it wasn’t a case of luck. They were dreadful in that playoff game, and that is the most worrying thing for everyone involved.

They will be favourites to make the return to the SHC, but if they approach games next year with the same level of enthusiasm they approached this year’s playoff, then they will struggle to make it back up.