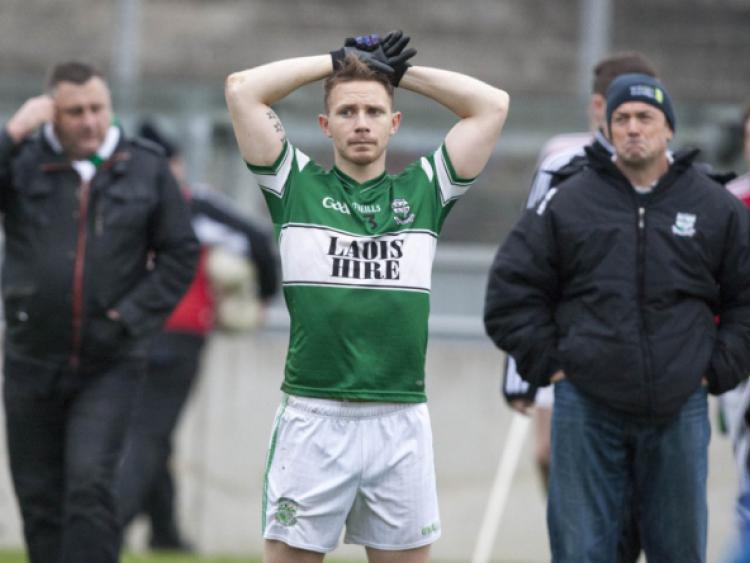 Portlaoise’s dreams of Leinster Club SFC glory were dashed on Sunday afternoon after an epic contest with St Vincent’s in Tullamore.

Portlaoise’s dreams of Leinster Club SFC glory were dashed on Sunday afternoon after an epic contest with St Vincent’s in Tullamore.

Three points separated the teams at the final whistle, but the game was even closer than that as it see-sawed throughout a gripping hour of football.

The teams were level on seven different occasions, with Portlaosie even opening up a four point lead early in the second half, but they couldn’t hold St Vincent’s at bay.

The Dublin champions found a little bit extra in the final quarter, as they outscored Portlaoise by five points to one during the last 15 minutes.

It was a bitterly disappointing defeat for Portlaoise to take, and manager Mick Lillis was struggling to take in what happened when he spoke to the media after the game. “I don’t really know how to sum it up, we just came up a bit short.

“They worked their socks off, and that’s all we can ask of them. They gave their heart and their soul out there. I know you’d rather win after playing a bad game, but it’s just tough to take at this stage.

“It’s hard to lose two in a row, it’s not nice. I just feel sorry for the lads.”

St Vincent’s are now likely to meet Ballinderry in the semi-final, who should overcome London champions Kingdom Kerry Gaels in the quarter-final.