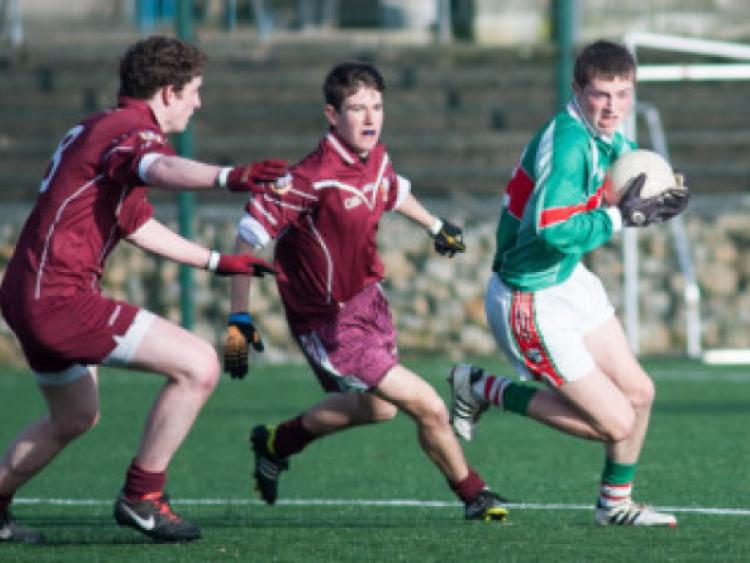 Despite outscoring their opponents by 2-2 to 0-7 in the second-half in St Loman’s last Thursday, St Fergal’s could not overcome a hefty half-time deficit in the North Leinster Senior Football ‘D’ Final.

Despite outscoring their opponents by 2-2 to 0-7 in the second-half in St Loman’s last Thursday, St Fergal’s could not overcome a hefty half-time deficit in the North Leinster Senior Football ‘D’ Final.

The game was played the day after an intense storm lashed the country and it was initially postponed despite being fixed for the all weather pitch in Mullingar.

When the game eventually got the go ahead, downed phone lines and spotty mobile phone coverage meant that it proved difficult to get word to St Fergal’s and they arrived late for the game. This meant they were straight onto the field with limited warm-up before the throw-in.

Gormanstown had done their full pre-game routine and they hit the ground running and by the interval they had built an unassailable 4-13 to 0-1 lead.

In the second-half the hurlers of St Fergal’s showed they were no slouches when it came to playing football as they put it right up to the Meath school with some excellent attacking football and far better defending at the back. However by that stage the damage was done and Gormanstown were crowned champions with the trophy presented in the car park as the players for the next game at the superb venue were ready to take the field.

St Fergal’s actually drew first blood in the game when Stephen Bergin pointed after Aidan Corby’s initial shot had come back off the crossbar. However that was as good as it got for the Laois school who, playing against the strong wind, failed to score for the remainder of the opening 30 minutes.

Things began to go wrong after four minutes when Robbie Phelan was shown a black card after pulling back a Gormanstown attacker who was clean through on goal. The Meath school quickly found their rhythm and scored six points in the next seven minutes to move into a clear lead.

Things went from bad to worse for St Fergal’s as goals from Scott Shier and Evan Murphy either side of points from Cillian Curran and Aaron Mulvaney left them 2-9 to 0-1 behind with just 18 minutes on the clock.

Before half-time that advantage grew even further thanks to goals from Cathal Niall and Adam Carberry while they also added another four points for good measure. That left 24 points between the sides, much to the delight of the large crowd of Gormanstown supporters in attendance, but to their credit, St Fergal’s came out with a renewed purpose in the second-half and gave the five times Leinster A Senior Football Champions a torrid time in the second-half.

Two minutes after the restart they added just their second score of the game when Castletown’s Stephen Bergin blasted the ball to the back of the net.

Gormanstown responded with two points but at the other end St Fergal’s were only denied another brace of goals by two fine saves from Oisin Berg who palmed one powerful effort from Aidan Corby over the bar.

Midway through the half however the ‘keeper could do nothing to deny Jack Kelly as the Rathdowney/Errill fired home a spectacular goal from all of 20 metres that dipped viciously into the bottom corner of the net.

All the pressure was coming from St Fergal’s at this stage but time and again they were denied by a last ditch block or a save from Berg in the Gormanstown goal.

In the closing minutes, the Meath school tacked on four late points with Shane Bowe replying with a pointed free for St Fergal’s.

At the end of the game, with their pride restored, St Fergal’s were not overly disappointed as their priority is the Leinster PP Schools Senior B Hurling Final where they take on St Mary’s CBS from Enniscorthy.