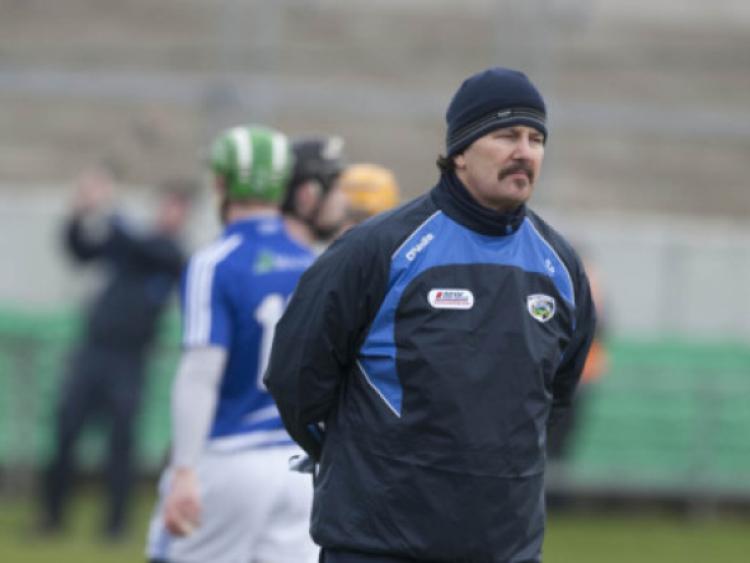 Laois bridged a 54 year gap on Sunday when they defeated Offaly in a Senior Hurling match played in O’Connor Park in Tullamore.

Laois bridged a 54 year gap on Sunday when they defeated Offaly in a Senior Hurling match played in O’Connor Park in Tullamore.

While the final score-line suggests a close game that Laois edged by two points, that was certainly not the case as Seamus Plunkett’s side outplayed their hosts for most of the game with only two late goals putting some respectability on the scoreline for Offaly.

Speaking after the game, the Laois manager expressed his delight with the win although he did feel there was room for improvement in the performance.

“We’re delighted with the result. Happy enough with the performance but there is definitely aspects that we’ve got to work on. I thought our ball usage in the first half of the second-half could have been better. We just gave away the ball a little cheaply at times. Delighted with the two points. I thought it was a good fighting performance.”

Despite playing second fiddle for 67 minutes, Offaly almost stole something from the game with two scrappy late goals. Seamus Plunkett was less than pleased with the concession of the goals.

“I wouldn’t have been happy with one of the goals there at all. Any goal that is scooped in off the square shouldn’t happen. We will be certainly looking at that. I’ve been part of enough Laois teams in my time where goals going in late knocked us out of championships. Here, a couple of years ago, the shoe was on the other foot with the minors. I think Aaron Moore scored a goal with nearly the last puck of the game so there seems to be a bit of a history of it between Laois and Offaly where goals decide matches but thankfully today we held out.

“I thought there was great fight in the team. Even when Offaly scored the goals, everybody backed each other up. Offaly were always going to have a go at us. They’re not going to let us come in here into their own field and take two points off them so I was quite happy the way we held out in the end.”

There were a number of fine individual displays from Laois players over the 70 minutes but the manager pointed the team ethic rather than single out players for praise.

“I thought our system worked well for us but I wouldn’t pick out individual performances. This is a different Laois team. This is a team that will fight for one another. There’s great camaraderie and they help one another out and you can see that on the field. I think the biggest aspect of this team is they will not give up for one another. They’re a very close knit bunch. We all work really, really hard at that and trying to get even closer still. I’d say this is nearly as close to a club spirit as you’d get in a county team.”

One of the most notable parts of the way Laois played was their excellent support play, something the manager believes is essential in the modern game.

“That’s the way we’re trying to play. I think the days of the traditional way of playing of getting the ball and just hitting it is long gone in the modern game. You need to make an awful lot better use of the ball. We’re just delighted with the win but we recognise that Offaly were missing a lot of players today and our feet are well on the ground. We’ll take every game at a time “