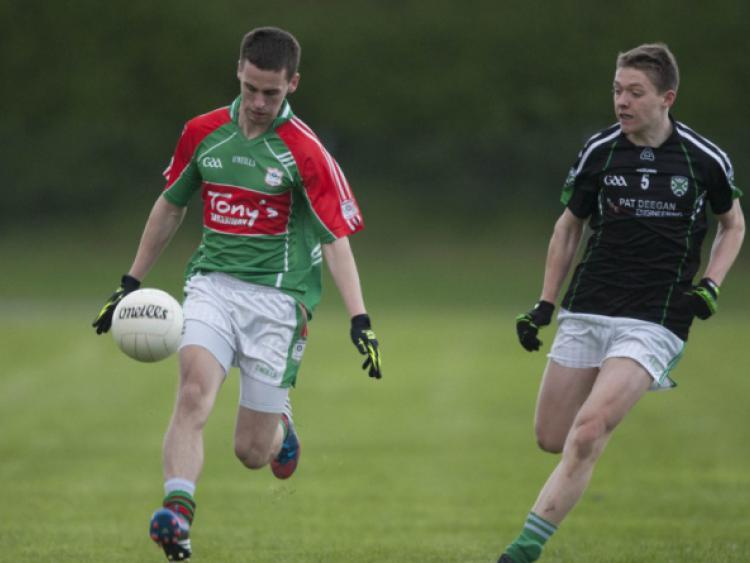 Graiguecullen picked up there second win in three games when they overcame Stradbally with five points to spare in a well-contested game in Stradbally on Saturday evening.

Graiguecullen picked up there second win in three games when they overcame Stradbally with five points to spare in a well-contested game in Stradbally on Saturday evening.

Graiguecullen opened the scoring after six minutes with sharpshooter Mark Doogue landing what was to be his first of four for the half to set Graiguecullen in front early on. Stradbally replied from the kick-out and levelled the proceedings with Colm Kelly’s first of the day.

Graiguecullen went a goal in front with eleven minutes elapsed with Mark Doogue stepping up to the penalty mark before clinically rattling the net to raise the green flag. Danny Alsybury’s point two minutes later made a four point cushion for Graiguecullen approaching the quarter-hour mark.

Stradbally’s Jamie Kavanagh pulled one back after sixteen minutes, but Graigue went on the attack and racked up three points through Jamie Malone, Wayne Humphries and a Mark Doogue free to see them go six points clear with five minutes remaining in the half.

Stradbally added points through Colm Kelly (2), but Graigue pulled one back through Mark Doogue with three minutes left to play. Stradbally narrowed the gap to four points at the break thanks to a huge point from midfielder, Paul Begley, right on the stroke of the half.

Graigue emerged for the second half looking to restore their six point lead, and they did exactly that within the opening five minutes of the half through Ian Fleming and Mark Timmons - but this was to be their last score for eighteen minutes.

Stradbally began to pull the strings and grabbed four points in fifteen minutes through substitute Podge Langton, Conor Delaney and a brace from Colm Kelly to see them come within two points of the opposition.

With 53 minutes on the clock, Graiguecullen grabbed what was to be the final score of the game as Graigue cemented the result with Aaron Forbes lifting the green flag with his fisted effort from Ian Fleming’s perfectly wighted pass to see them hold out for the result.