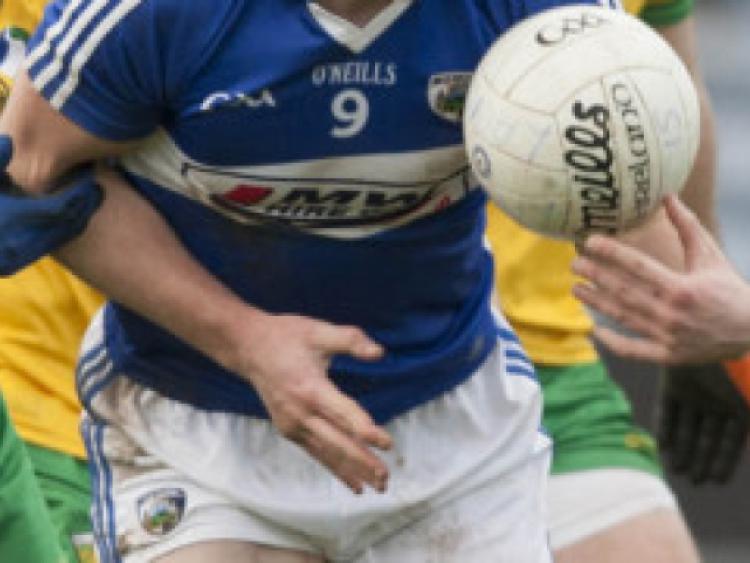 Laois U-21 footballers will be the first team from the county to play a championship match in 2014, as they face Wicklow in Baltinglass this Wednesday night.

Laois U-21 footballers will be the first team from the county to play a championship match in 2014, as they face Wicklow in Baltinglass this Wednesday night.

The team has already been released, and there is one notable omission as Arles-Killeen attacker Paul Kingston has been left out in favour of Michael Keogh, from St Joseph’s.

Keogh has been impressing in challenge games recently, and the management team have opted to go with him from the start, with Kingston having to make do with a place on the bench.

On the injury front, senior panellists Stephen Attride and Eoin Lowry have been ruled out with a broken arm and broken toe respectively, while Matthew Campion has a quad muscle strain.

The U-21 grade is notoriously difficult to prepare for, with players involved on senior panels and college teams, and Laois joint manager Michael Lawlor has admitted that while they are a distraction, the weather has played it’s part too. “I have no problem with lads playing for the seniors, as a manager you have to live with that. It’s the same with colleges, because you have lads on football scholarships.

“The weather has been the biggest problem, we had matches cancelled because we have players in Dublin and Galway and different places like that, and we didn’t want them travelling.”

Laois made it to the semi-finals of last year’s Leinster Championship, where they suffered a chastening defeat by Kildare, but Lawlor is hopeful his squad can rectify that defeat this year.

Should they get the better of Wicklow this Wednesday night, they will meet either Longford or Westmeath in the quarter-finals.