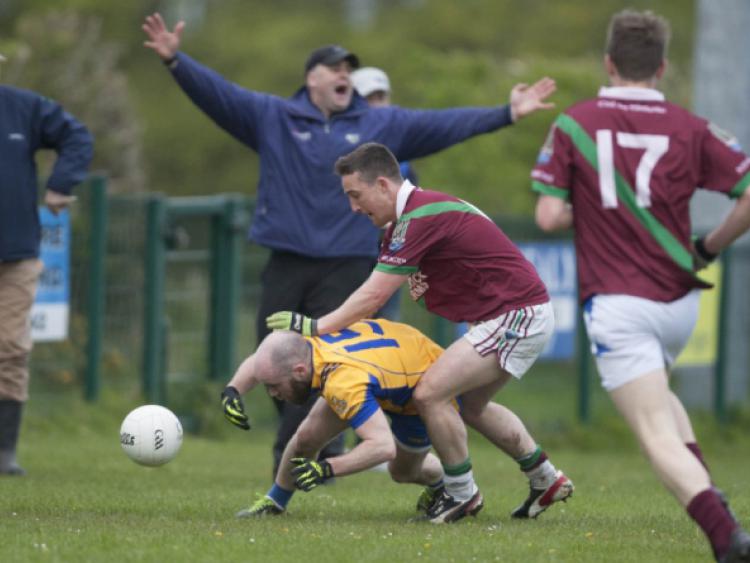 Arles-Kilcruise made it three wins from four in their ACFL Division 1 campaign, as a starring turn from Ross Munnelly helped them to a 4-10 to 2-7 win over Emo on Saturday night.

Arles-Kilcruise made it three wins from four in their ACFL Division 1 campaign, as a starring turn from Ross Munnelly helped them to a 4-10 to 2-7 win over Emo on Saturday night.

Munnelly finished the game with 2-4 as a goal in either half helped Arles on their way to a convincing win. Emo kept pace with them for most of the first half, as goals from Munnelly and Francis Egan were matched by the home side, and there was just two between them at the break.

Kilcruise had to replace Kevin Meaney at half time, as he works his way back to full-fitness, and both teams managed three points apiece on the restart as the two point gap remained.

Munnelly then pounced for his second goal to swing the game in Arles’ favour. Dermot Nolan added another before the final whistle, as Kilcruise claimed a nine point win.

In the other game played over the weekend, Timahoe picked up their first win of the campaign against the team now directly below them in the table, Ballyroan Abbey.

Ballyroan Abbey lead by a point at half time in a closely fought encounter, as a late point for Timahoe claimed a 1-11 to 2-7 victory.

Ballyroan had gotten the game’s first goal, when Sean Murphy swept home a rebound, but Robbie Foyle hit back with a goal at the other end for Timahoe.

Ballyroan got another goal in the second half, when James Keegan’s line ball was bundled over the line in a goalmouth scramble, but Timahoe held their composure to point their way to victory.

In the other game due to played on Sunday, Crettyard awarded Portlaoise a walkover.