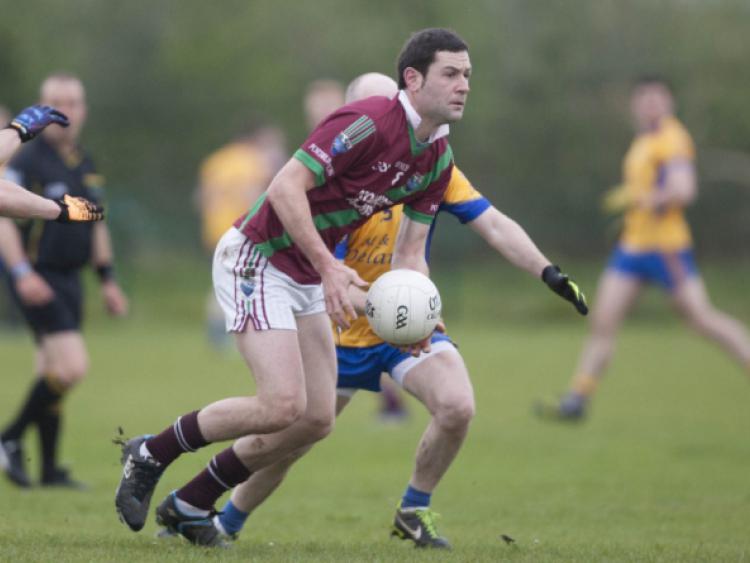 St Joseph’s turned in a strong second half performance to seal a two point win over Portarlington in Kellyville on Saturday night.

St Joseph’s turned in a strong second half performance to seal a two point win over Portarlington in Kellyville on Saturday night.

Trailing by two points after a first half which was as noteworthy for a couple of rows as anything else, they had a strong minutes spell during the second half which saw them on their way.

Portarlington had won all three of their games up to this one, and had spells here where they looked impressive, but they could have few complaints at the final whistle.

They looked impressive early on, even if St Joseph’s scored the first point of the game, through James Doyle, after just 15 seconds. It was the fifth minute before Port opened their account, and it was Eoin Gleeson who floated over a nice effort from the left wing.

Less than a minute later he was repeating the trick from the other side of the field as Portarlington started to move through the gears.

Shane McAuley put them two ahead with a lovely effort from the right wing as St Joseph’s struggled to make in impression in attack. They finally got their second score, over ten minutes after their first, when Brendan Hickey slotted from 35 yards, and that score gave them a lift.

James Doyle pointed form close range to level the game, and a long range free from Dan Dunne was followed up by Michael Keogh’s first point as the home side went 0-5 to 0-3 ahead.

They would not score again before half time though, as Port finished strongly. Cathal Ryan got their goal, when his shot took a wicked bounce and flew past Daniel Nelligan. Shane McAuley added another point soon after, and the visitors headed to the dressing rooms leading 1-4 to 0-5.

The opening ten minutes of the second half were notable only for a lack of scores, before St Joseph’s eventually caught fire. James Doyle floated over a free to get them going, and within seconds Matthew Campion had them back on level terms with a nice point from 30 yards out.

Kevin Campion landed one from way out on the left wing tp put them ahead, and although Port briefly drew level, St Joseph’s were on a charge. James Doyle rifled a penalty to the back of the net after Michael Keogh was fouled, and Keogh himself added a point moments later.

That spree put them four ahead, and despite a couple of late frees from Shane McAuley, they held on for the win.