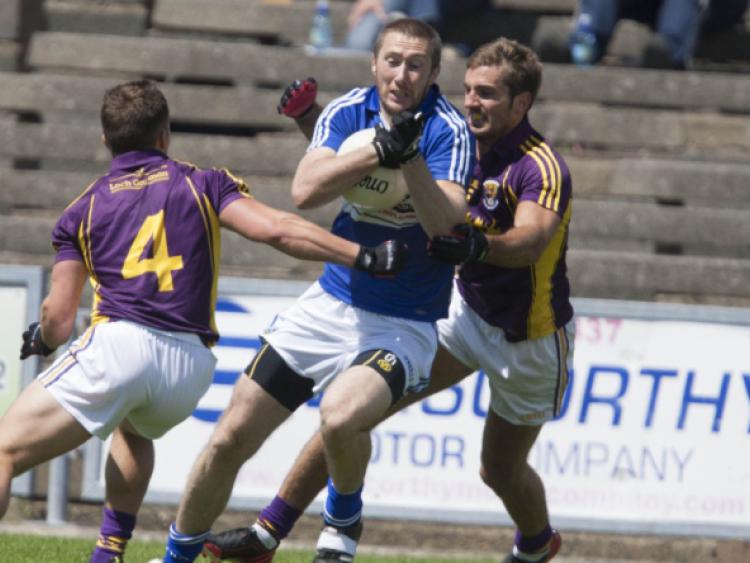 The Laois Senior Footballers are nothing if not exciting to watch this year and that was the case again last Sunday as three late points saw them over the line against Wexford by the minimum.

The Laois Senior Footballers are nothing if not exciting to watch this year and that was the case again last Sunday as three late points saw them over the line against Wexford by the minimum.

Two points down with four minutes to go, their championship lives hung by a thread but a brace of frees from MJ Tierney and a winner from Niall Donoher saw them over the line.

Speaking after the game, Laois manager Tomás Ó Flatharta was full of praise for the way his side dug out the win.

Just two points had separated the sides in the corresponding fixture in 2013 and it was no surprise to the Laois manager that this game was even closer.

“Games between Wexford and Laois always seem to be very tight. We were prepared for that and we knew that a full squad was very, very important and that’s the way it turned out. A few lads came on for us and they performed very well. A few lads that hadn’t got a championship game during the year came in and I’m delighted the way they performed. It’s very pleasing.”

At the vanguard of the Laois’ performance was midfielder John O’Loughlin and Tomás Ó Flatharta was quick to praise his all action midfielder.

“What can you say about John. He’s the same way in training every night. He just gives it everything that he has. Game after game he has shown those great qualities that he has. But I think there’s other people in the squad as well that did brilliantly as well. The likes of Damien O’Connor, Robbie Kehoe, MJ when he came in, Billy Sheehan did very well and the backs. Colm Begley did a superb job I thought. There’s great credit due to the whole lot of them.”

In the end it was a point from Niall Donoher that proved to be the difference between the teams and the Laois manager outlined just how long a road back it has been for the Courtwood man.