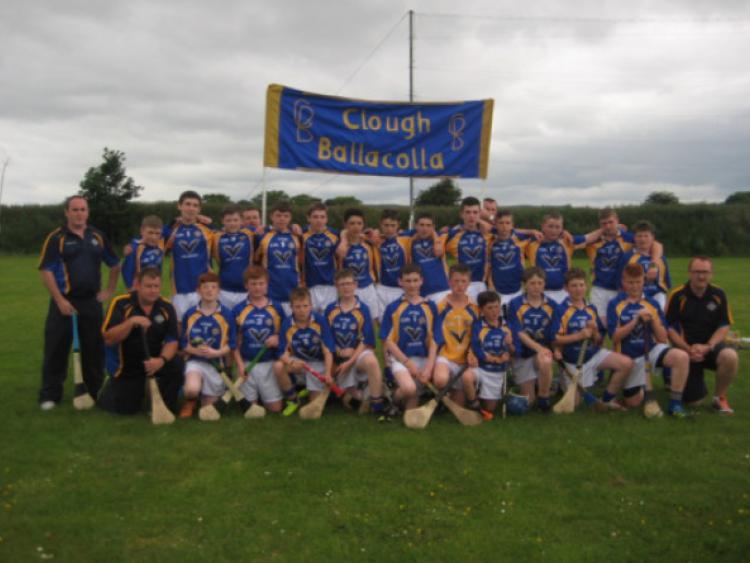 Clough-Ballacolla Gaels journey to Féile was filled with amazing memories, outstanding hurling and new friendships forged in the heat of battle over a fantastic June weekend.

Clough-Ballacolla Gaels journey to Féile was filled with amazing memories, outstanding hurling and new friendships forged in the heat of battle over a fantastic June weekend.

The team made it all the way to the Shield Final but were unlucky to lose out to St Ernan’s of Westmeath in the decider after extra-time.

The journey began back on April 26 when they overcame Ballypickas in the Laois Feile ‘B’ quarter-final. The following day they turned in an excellent performance to secure a final-berth after beating a superb Clonad/Park Rathineska team. The final pitted them against Rosenallis and they battled to a determined victory and the passage to Ulster was secured.

Clough-Ballacolla Gaels travelled to Donegal on Friday, June 20 and received a wonderful welcome from host club, St Eunan’s of Letterkenny. Both teams faced off in the opening fixture and after a scintillating tussle, the Laois team pulled away to win 3-4 to 1.2.That night, the team travelled to the Owenbeg Centre of Excellence in Dungiven, Derry, for the official Feile parade.

The following day was a mixed bag. Clough-Ballacolla Gaels showed impressive patches of form before succumbing to Buncrana (Donegal) and Tommy Larkins (Galway) putting us into a Shield quarter-final.

Certainly, they saved their best performance of the day for their evening match. Banagher from Derry were a decent side but the Clough-Ballacolla Gaels lads clicked and a devastating attacking-blitz shot them to a 2-11 to 0-3 win and ensured they’d be competing in a Shield semi-final.

After bidding goodbye to the host families, they faced off against Whitechurch (Cork) in the Shield semi-final and secured a five point win.

The team travelled back to Dungiven for the Final and played a massive part in one of the best games of the entire weekend. They played St Ernans (Westmeath) and after a pulsating battle, the sides finished level and went to extra-time. Agonisingly, Clough-Ballacolla Gaels couldn’t quite produce the fairy-tale finish and a disallowed goal from a 20-metre free was ultimately the difference as we lost out 3-5 to1-8.

Clough-Ballacolla Gaels would like to thank everyone who played a part in making this such a marvellous weekend. The club would like to sincerely thank St Eunan’s for such a hospitable welcome. They really showed what the Feile is all about.

They’d also like to thank everyone who travelled up and lent their support to the team.