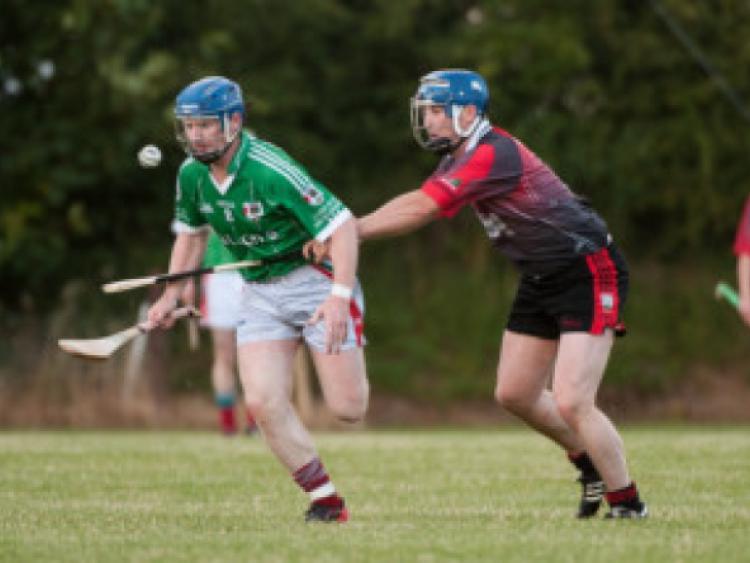 Clonaslee St Manman’s cruised to an 11 point win over Shanahoe in this ACHL Division 2 final in Colt on Sunday night.

Clonaslee St Manman’s cruised to an 11 point win over Shanahoe in this ACHL Division 2 final in Colt on Sunday night.

They were full value for the win too, as they powered ahead midway through the first half and never looked back from there.

They could even survive the late dismissal of Mark McEvoy on a straight red card without it ever looking like causing them any trouble.

James Young top-scored for them as he continues to be ultra-reliable on frees, but it was an excellent all-round team performance from Clonaslee which Shanahoe struggled to get to grips with.

The opening stages were evenly contested as the teams were deadlocked at 0-2 apiece after six minutes, but Clonaslee soon took the lead. Their first goal was an emphatic finish from Padraig Cleare after Aidan Delaney had done well to twice deny PJ Fitzpatrick.

Shanahoe responded well to the setback as a couple of frees from Darragh Cripps had them within one. That was as good as it got for them though, as Clonaslee pulled away after that. Glen McEvoy started the run with a good point under pressure, and James Young quickly added two frees.

Cripps hit another free for Shanahe but McEvoy and Young combined once more to add three points between them, with Conor Gorman adding another.

Shanahoe were under increasing pressure now, and things got worse when Cleare pounced for a second goal. James Young’s free dropped just short, with John Clooney batting it away from the just under the crossbar. Unfortunately for him, it sat up nicely for Cleare, and he doubled on it to send the ball crashing to the net.

That left it 2-9 to 0-6 at half time and Shanahoe were facing an uphill battle from there, and Clonaslee’s start to the second half really killed the game off.

James Young pointed inside a minute and then PJ Fitzpatrick swept the ball home from close range. Young then added afree to make it a 14 point differential, and make the rest of the game academic, as Karol O’Keeffe’s goal and Mark McEvoy’s red card made little difference to the final outcome.