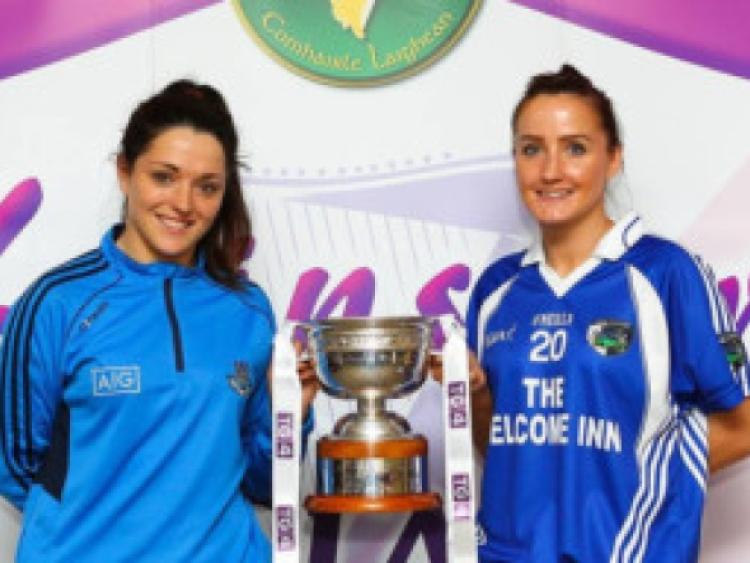 Fresh off a hard fought 4-12 to 3-13 victory over Meath two weeks ago, Laois now face a Dublin side who are hungry for success following a 7-18 to 1-7 annihilation of Westmeath in their semi-final.

Dublin are a strong young side and Laois will be weary of the threat posed by the dangerous combination of Sinead Aherne, Lindsay Peat and Lyndsey Davey up front and captain Sinéad Goldrick and Carla Rowe in defence.

In comparison to Laois, Dublin had a very successful league campaign reaching their first ever Division 1 final in May, losing narrowly to Cork by two points. Dublin are known for their pace and fitness and have a lot of young players, many of whom won the Aisling McGing U-21 final last month.

The sides last met in this year’s league campaign with Dublin emerging 2-13 to 2-6 winners. Laois were level at half time but lost the momentum briefly in the second half and were duly punished by Dublin. Laois manager Des Cooney admits that the biggest improvement since the league match with Dublin has been the quality of players Laois have gotten back into the panel.

“We now have a panel of girls who are willing to work for one another and it makes it easier on everyone when you have big numbers at training in regards game plays, drills and the competitiveness of matches in training.”

Des knows the challenge Dublin, who are one of the favourites to win theAll-Ireland, pose. “Dublin are a formidable side with a huge panel and some excellent individual players which will make it hard to close them off. We’re going to do our best to stop the supply of ball into their danger players in the full forward line but we’re not going to dwell on how to stop Dublin; we will be seeking to play to our strengths. The game against Meath demonstrated the courage and the never say die attitude embedded in this Laois panel; our heads won’t drop that much I can guarantee.”

As Dublin seek the elusive three in a row of Leinster finals, Laois are hoping to produce a shock and secure their first Leinster title since 2011. Ahead of the game captain Tracey Lawlor, who was awarded player of the match for her outstanding individual performance against Meath, recalls, “over the past couple of years Dublin have had the better exchanges. In 2010 we were very close to beating them in the All-Ireland semi-final but they got a late goal to secure victory, leaving us heart broken. I’m so proud of the team for coming back after a tough two years for Laois football and to be playing in a Leinster final again. We are hungry and the narrow loss in the league to Dublin is still fresh on our minds; we need a big performance but I’m confident that we can deliver.”

Aside from defender Anna Moore breaking her hand in the semi-final against Meath, Laois have no injury concerns ahead of the final. The Laois manager is confident his side can win the game and his side will be going all out for victory.

“We’re going to keep Dublin in our grasp and are out to win. You don’t get to Leinster finals by parking the bus!”

Throw in is at 3pm in Dr Cullen Park in Carlow on Sunday and all support is greatly appreciated by the ladies.