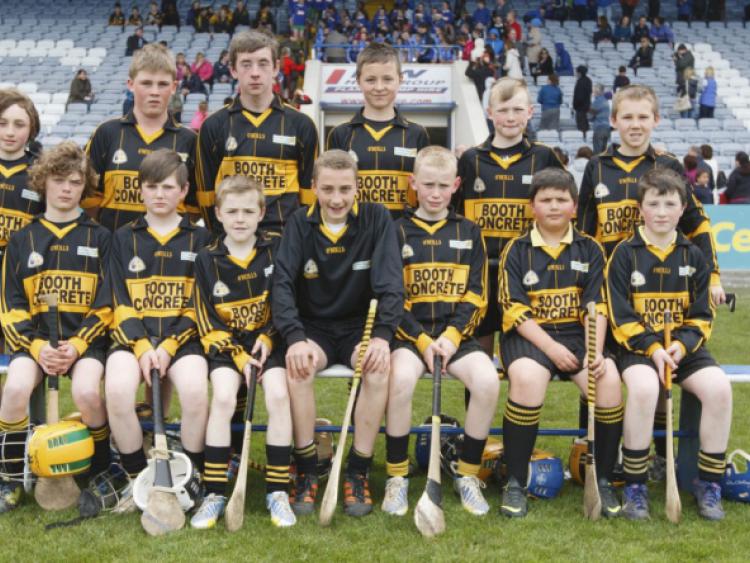 Four goals from the impressive Jay Buggy blasted The Heath to victory in an exciting Division 5 Final in O’Moore Park on Thursday.

Four goals from the impressive Jay Buggy blasted The Heath to victory in an exciting Division 5 Final in O’Moore Park on Thursday.

Trailing by two points at the break, Buggy hit three second-half goals as The Heath overhauled Ballyadams with his final goal ten minutes from time sealing the win.

The game was played at tremendous pace throughout with two evenly matched sides showing great battling qualities and no little skill.

Ballyadams drew first blood with a goal after four minutes from excellent full-forward Gearoid Lynch. The Heath almost responded instantly but a well struck shot from Jay Buggy was saved by Ciaran Condron.

The Heath did open their account soon after when PJ Daly slotted over a free and he added a second point soon after to get his side back within one. A point from Gearoid Lynch extended Ballyadams’ lead before Ciaran Burke scored a spectacular goal unleashing an unstoppable shot off the ground into the top corner of the net from all of 20 metres.

The Heath got back into the game before half-time when they eventually found a way past the brilliant Ciaran Condron with Jay Buggy striking for his first goal to leave the score at Ballyadams 2-1 The Heath 1-2.

A point from Oisin Lacey extended the lead but The Heath blasted into the lead with two goals in two minutes from PJ Daly and Jay Buggy. Seamus Farrelly pulled a point back for Ballyadams but the momentum was now with The Heath and goals from Buggy and substitute Bryan Redmond put their side in a strong position with a five point lead,

Ballyadams never gave up and a goal from Gearoid Lynch got them back in the hunt. PJ Daly responded with a point for The Heath but points from Lynch and Seamus Farrelly got Ballyadams back within four. They would have been closer had it not been for a fine save from Gareth O’Brien in The Heath goal.

The game was eventually wrapped up by Jay Buggy who scored his fourth goal to wrap up the win.