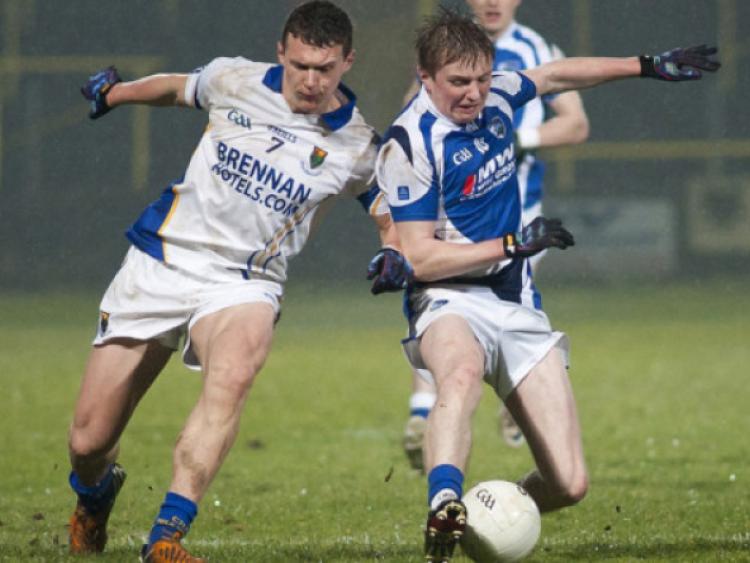 Laois’ U-21 footballers have a clean bill of health for this Wednesday night’s Leinster semi-final with Kildare in Parnell Park, as the county bids to make a first final appearance at the grade since 2009.

Laois’ U-21 footballers have a clean bill of health for this Wednesday night’s Leinster semi-final with Kildare in Parnell Park, as the county bids to make a first final appearance at the grade since 2009.

Damien O’Connor is expected to come into the starting fifteen after recovering full fitness, with Ballylinan’s Alan Farrell likely to miss out in the only change from the quarter-final win over Wicklow.

The Timahoe man had missed both of Laois’ games to date with a hamstring strain, but after making a late cameo for the seniors on Saturday night without suffering any recurrence of the injury, he is expected to come straight into the team.

Looking ahead to the game, Laois’ joint manager Mick Lawlor is expecting a tougher test than the one his side experienced in the quarter-final win over Wicklow. “We probably should have had another 2-4 or 2-5 (against Wicklow) in the first half, but then we got a few lucky goals in the wind up.

“We didn’t take a lot out of it, the final score wasn’t a fair reflection on the game and Kildare will be a different kettle of fish.

“We are in a provincial semi-final and any team you face are going to be a good side.”

Kildare are headed up by senior manager Kieran McGeeney, who has taken on a dual role with the Lilywhites. They accounted for Meath in their quarter-final by 2-15 to 1-9, which was the county’s first win at this grade in Leinster since they won the championship back in 2008.

They will be spearheaded by the trio of Daniel Flynn, Paddy Brophy and Niall Kelly, all of whom have featured for the seniors in their impressive run through NFL Division 1.

The game is, somewhat controversially, taking place in Parnell Park at 7.30pm, after both Athy and Portlaoise were ruled out as venues. The other semi-final, between Wexford and Longford. will take place in O’Moore Park at the same time.