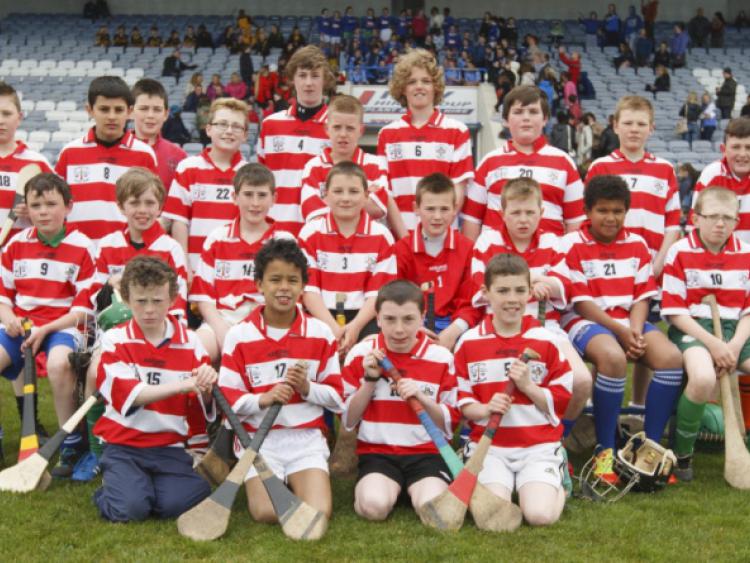 While the final scoreline put 12 points between the teams, it was a much closer affair than that suggests, as both teams went hell-for-leather in search of victory. Some of the hurling on display was out right out of the top drawer, and certainly any hurling fans in the county could only be encouraged by what they would have seen here.

Cathal Jordan, Durrow’s skillful midfielder, opened the scoring with a goal in the second minute, but from the resulting puckout Ballyroan came down the field and pointed through Cathal Doyle. That set the tone for a first-half full of scores, with Kevin Fitzpatrick firing over a free for Ballyroan moments later.

Durrow responded with a goal and a point from Gareth Singh. Cathal Doyle split the posts with his second point, from a 65, before both teams traded goals; Lee Coffey for Durrow and Colm Walsh for Ballyroan.

Cathal Doyle and Colm Walsh both pointed for Ballyroan as half-time approached, and both teams managed one more point apiece in injury time to lead it 3-2 to 1-6 at half time.

The players, and supporters, had a few minute sto draw breath before the second half got underway, and both teams picked up where they left off. Cathal Jordan again goaled early on, with Gareth Singh adding a point. Enda McWey hit back for Ballyroan but Durrow’s Jordan then hit 1-1 in a minute to open up a 5-4 to 1-7 lead.

Undeterred, Ballyroan hit right back with a goal from Kevin Fitzpatrick, but Fionn Whelan quickly cancelled that out with a goal for Durrow.

Durrow then went on the scoring spree that would win them the game, as a goal from Cathal Jordan was fillowed up by points from Jordan, Whelan and Singh, as Fitzpatrick’s late goal for Ballyroan rounded off the game.