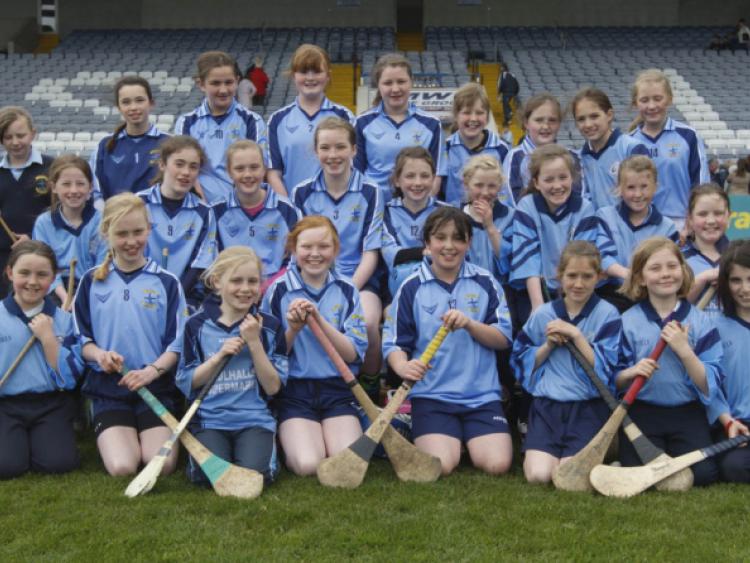 Ballyroan were eight point winners in the end but they were made to work hard for their victory by a resolute Scoil Mhuire team, for whom Kate Whelan scored six points from midfield.

Scoil Mhuire had been quickest out of the traps when Keva Davis swept home the ball from close range to give her team the early lead.

Ballyroan took a few minutes to settle but once they did, they slowly worked their way back into the game, starting with a point from a 65 by Kate Whelan. She then added another point soon after, from play, before Ballyroan took the lead for the first time in the 15th minute.

Good play from them saw the ball worked up to the Scoil Mhuire goalmouth, and Caoimhe Delaney was on hand to score from close range.

There would be no more scores until the final two minutes of the half, when Ballyroan hit a purple patch as two points from Kate Whelan and a goal from Caoimhe Murphy saw them take a commanding 2-5 to 1-0 lead to the huddle at half time.

Great cerdit must go to Scoil Mhuire, however, as they weren’t fazed by Ballyroan’s scoring spree, and actually were the first to score in the second half.

Just like in the first half they quickly got the ball into the Ballyroan danger area, and when they goal chance presented itself, Laurna Skehan was on hand to rattle the back of the net.

Three minutes later Tyrah Duff popped the ball over the bar to get Scoil Mhuire within four points, but unfortunately for the Portlaoise school they would not score again as Ballyroan got the last two scores of the game.

Kate Whelan got one of those with a fine point from the left wing, and two minutes later Sarah McMahon was on hand to score the third goal for her team. Scoil Mhuire kept fighting to the end, but it was to be Ballyroan’s day.