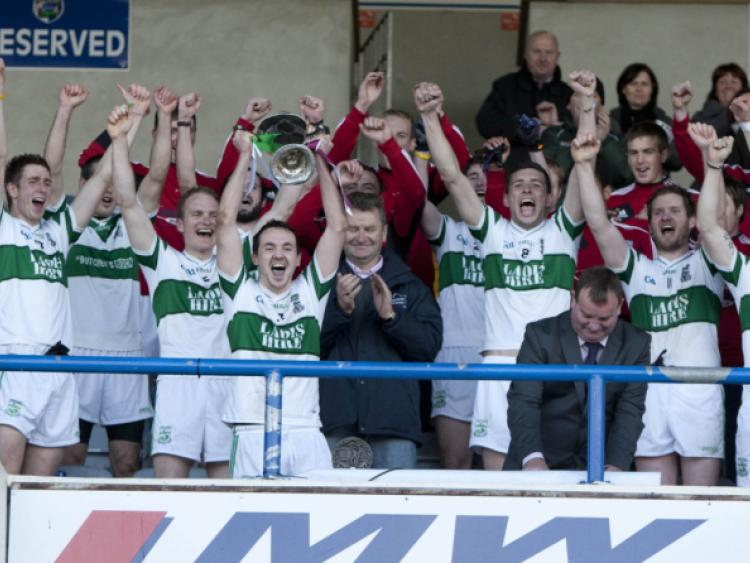 For the last six years, the Laois SFC has been devoid of suspense. It has been a pretty safe bet each time that Portlaoise would win.

For the last six years, the Laois SFC has been devoid of suspense. It has been a pretty safe bet each time that Portlaoise would win.

They obliged on each occasion too, as they have broken records with ease and continued to raise the bar for themselves. It looked like it would never end. It might not, but for those with designs on usurping the high kings of Laois football, this year is as good a chance as they will ever get.

Portlaoise aren’t weak, it would be foolish to think they are, but even they will admit they are not as strong as they have been. The list of players missing is enough to encourage the chasing pack.

Hugh Coghlan has returned to Tipperary, Cahir Healy and the Fitzgerald brothers, Tommy and Barry, are playing hurling only, Adrian Kelly is injured, Jack Fennelly, Brian Gaynor and Aidan Fennelly are all unavailable and Brian McCormack has an Achilles tendon problem.

Healy and the two Fitzgerald’s commitment to hurling is a blow as well, but if Portlaoise don’t make it past the semi-finals in the SHC, then it could leave them free to return for the quarter-final stages. It remains to be seen, however, if they have any desire to do that.

There are a number of teams standing by, waiting to swoop on any signs of weakness, chief among them at the moment is Arles-Killeen. Having beaten Portlaoise in the league semi-final, confidence is coursing through them. They have a good manager too, and Pat Ryan knows more than most what it takes to win a Laois senior football championship.

A remarkable league run saw them lose just one game in the group phase, the sole defeat coming to their fellow parishioners, Arles-Kilcruise.

If any team deserves to take advantage of a weakened Portlaoise team then Arles-Kilcruise are surely it. They have been Portlaoise’s most consistent challengers, having raised their own game in a bid to compete, rather than accepting an occasional win and SFC safety, as many others have done.

They had a poor league but are a different animal in the championship, and will be expected to make at least the semi-finals. It could be the best chance they get to win a second title too, and one their players will be acutely aware of when play gets underway.

Stradbally and Graiguecullen are the next two best placed to make a run at the championship, and there should at least be a bit more unpredictability to the competition this year.

At the other end, with two teams to be relegated this year, it puts clubs under real pressure for survival. The Rock look to be doomed if their form already this year is anything to go by, and others such as Mountmellick, The Heath, Crettyard and Ballylinan would all appear to be favourites to join them in the battle to avoid the drop.

That is all an interesting subplot to the race for the title. Portlaoise still have a team capable of making it seven in a row, but the others know it’s now or never if they are to break the current monopoly.

See this week’s Leinster Express for full club by club preview of the Laois Shopping Centre Senior Football Championship plus a team that could challenge for the championship.......if the players were taking part.