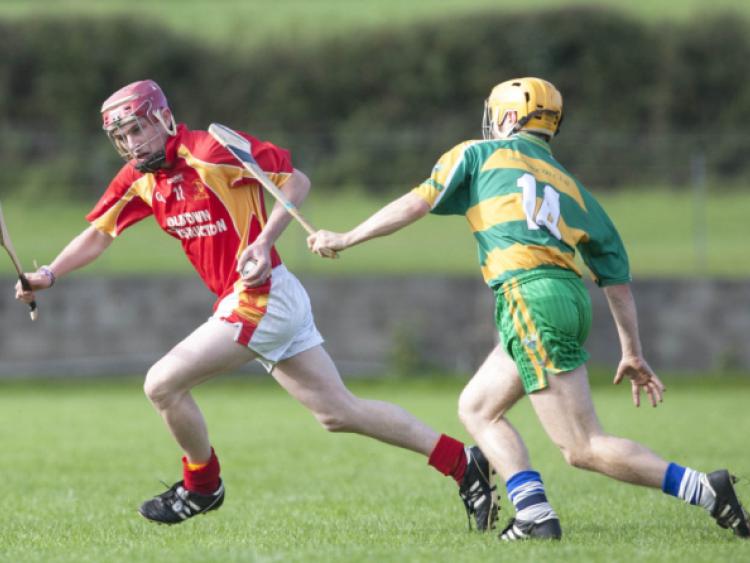 Goals either side of half time helped Abbeyleix-Ballypickas get the better of The Harps Gaels in this evenly contested U21 quarter final in Rathdowney on Sunday morning.

Goals either side of half time helped Abbeyleix-Ballypickas get the better of The Harps Gaels in this evenly contested U21 quarter final in Rathdowney on Sunday morning.

The Harps were quickest out of the blocks and dominated the first quarter leading 0-5 to 0-2 by the fifteen minute mark.

Abbeyleix-Ballypickas began to assert themselves in the second quarter of the first half and hit four unanswered scores in five minutes including a brace from the impressive MJ Lalor to give his side the lead for the first time on the 20 minutes on the clock. Abbeyleix-Ballypickas further stretched their lead with the game’s first goal a minute later.

Eoin Fennelly did the heavy lifting before finding Darren Kelly who coolly dispatched to the net from eight yards. To The Harps credit they fought back and responded with back-to-back scores. A superb long range free for Abbeyleix-Ballypickas net minder Enda Rowland was countered by an MJ Dunphy score seeing Abbeyleix-Ballypickas go to the break 1-7 to 0-8 to the good.

Abbeyleix-Ballypickas hit the ground running early in the second half hitting five unanswered scores in the opening stages of the second, a second long range free from Rowland the pick of these, leaving the scoreboard reading 1-13 to 0-9.

The Harps responded well to this set back and hit a hatrick of unanswered scores including a brace form Charles O’Dwyer to reduce the gap to six 0-13 to 2-13.

The Harps now started to dominate possession and got their reward with a green flag of their own in the fifty third minute. Eoin Clancy was on hand to fire low past Enda Rowland to reduce the gap to three, 1-13 to 2-13, The Haps now in the ascendency. O’Dwyer stroked a thirty yard free over as the game entered its final minutes, the scoreboard reading 1-14 to 2-14, but Abbeyleix-Ballypickas could see the finish line and regained control of affairs.

Yet another Enda Rowland long distance free followed by efforts from Eoin Fennelly and Joe Bergin were enough to see their side home on a final scoreline of 1-14 to 2-18.