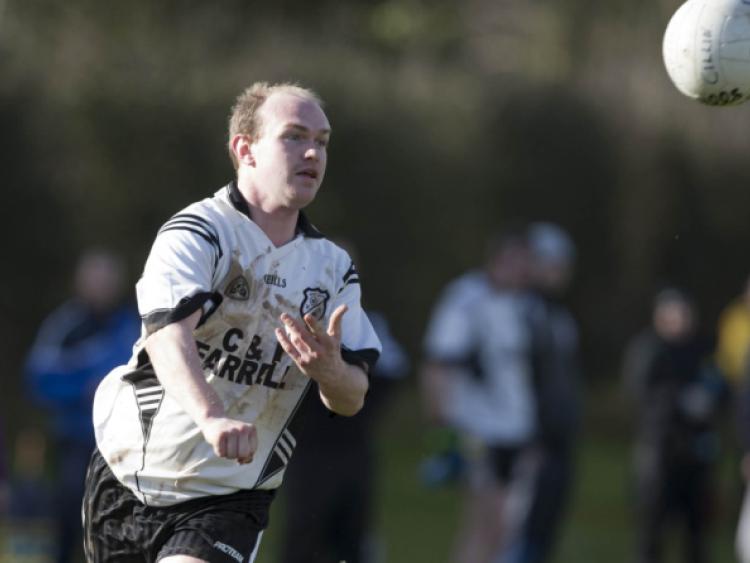 The semi-final pairings for the Kelly Cup have now been confirmed, after wins over the weekend for Emo, Graiguecullen and St Joseph’s.

The semi-final pairings for the Kelly Cup have now been confirmed, after wins over the weekend for Emo, Graiguecullen and St Joseph’s.

St Joseph’s and Crettyard were first into the fray on Saturday night, and it was St Joseph’s who eased into the last four.

The Kellyville side impressed throughout the game, with brothers Paddy and Brendan Hickey, now back from Australia, showcasing what the club had been missing. St Joseph’s turned in an impressive first half performance to take a sizeable nine point lead at the break, and they had stretched that out to 11 heading into injury time

There would some late consolation for Crettyard, however, as Cristóir Maher scored a late penalty, but it mattered little at that stage. Brendan Hickey and Colin Campion provided the goals for St Joseph’s, who were well served on the night by Paddy Hickey, Gary Rowan and Will McDonald.

Elsewhere, in a high-scoring affair, Emo edged past Ballylinan on a 2-13 to 1-12 scoreline. Ballylinan had lead at half time, 1-7 to 1-6, thanks to a goal from Ciaran Farrell, but Emo came back strongly in the second half to record a second impressive win in the space of a week.

Paul Lawlor and Nigel Murphy impressed for the hosts, while Ciaran Farrell was on song for a youthful Ballylinan outfit, as he scored 1-9.

In the final game, Graiguecullen secured the bragging rights with an eight point win over Killeshin. Playing with the aid of the breeze in the first half, Graigue lead by eight points at half time, and a couple of fortuitous goals helped them take another step on the way to retaining their title.