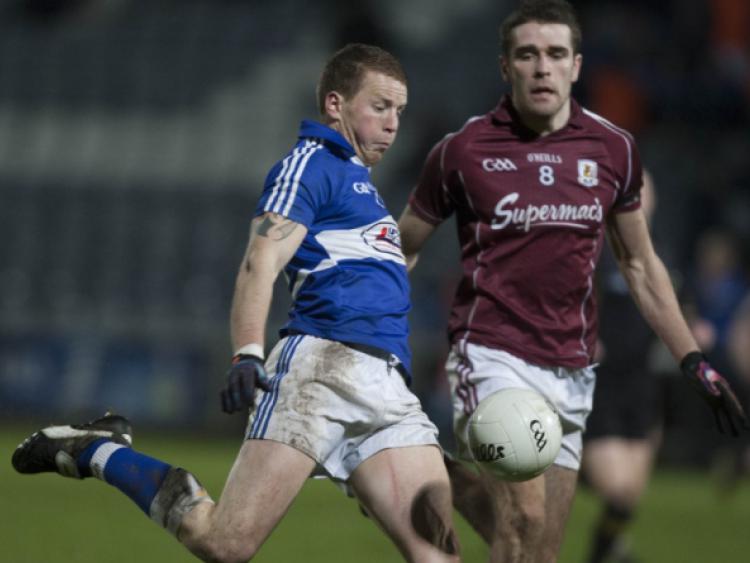 Laois boss Tomas O Flatharta praised the work rate of his players, after what he described as a ‘relentless’ display from his team saw them win back-to-back league games.

Laois boss Tomas O Flatharta praised the work rate of his players, after what he described as a ‘relentless’ display from his team saw them win back-to-back league games.

After a hard-fought win over Louth in Round 2, things were much simpler this time out as they coasted home in the end to win by 15 points. It was an all-round good display from Laois, and the manager was particularly happy with the way his players applied themselves. “They were relentless throughout the game, they worked very hard for each other all over the field.

“I thought the full-forward line played well, the midfield were getting their hands on the ball an awful lot in the first half, and our defending, we had a good shape, and that was pleasing.”

The key to producing that kind of performance, for O Flatharta, is the character his players are showing. After grinding out the win over Louth, they kept going here despite being comfortably ahead, and when asked afterwards he pointed to that element of Laois’ play that impressed him the most. “I think it was the character that they showed really, we have done a lot of fitness work over the last two weeks and they have come on in their fitness.

“In the second half against Louth they showed a lot of character and throughout today, they worked very hard for each other. They put in a lot of tackling and support play, but we would be expecting more from them.

“That’s not all that we’re about, we have a game now against Armagh now next weekend and that is going to be our focus, they racked up a big score against Meath tonight and that’s going to be a crucial game for us up there.”

Laois impressed all over the field, but O Flatharta paid tribute to the performance of his midfield duo, as Galway were forced to withdraw both their starting midfielders in the second half. “In fairness to Galway, they had a strategy for their kickout and it took us a while to read that, but I think when we got to grips with it we settled down and got to the breaking ball.

“I thought Johnno (John O’Loughlin) and Kevin (Meaney) played really hard out there and that’s what we are looking for from the players.”

After this big win, O Flatharta was quick to keep feet on the ground with Armagh up next. “We’re just taking it one game at a time, we haven’t spoken about Armagh or anything after that, so we’re back in on Tuesday night and the focus is going to be on Armagh then. It’s going to be a tough battle, they are at home and they put up a big score tonight, they are going to be on a high after that, so again, we have to prepare very well for them.”