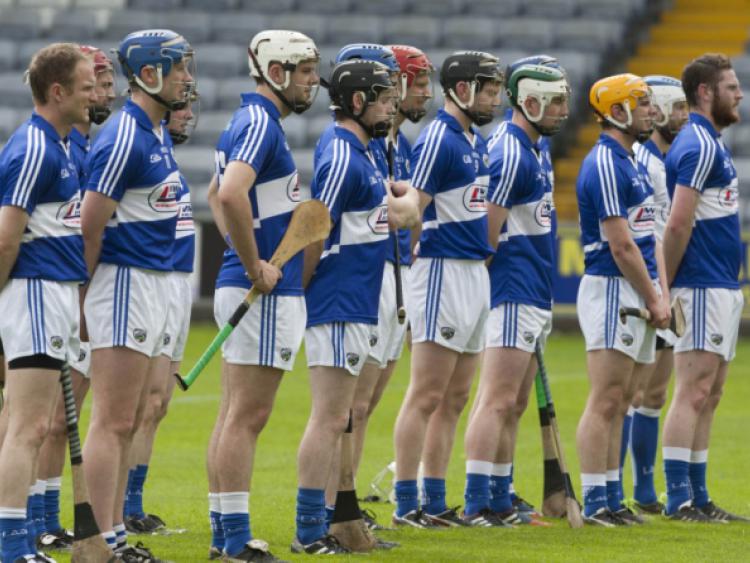 Laois senior hurlers made it two wins from two in the Leinster SHC on Sunday, as they eased past a tame challenge from Carlow.

Laois senior hurlers made it two wins from two in the Leinster SHC on Sunday, as they eased past a tame challenge from Carlow.

John Meyler’s side were expected to come out all guns blazing in O’Moore Park, as they needed to win to retain any hope of securing a top two place, but they never really rattled Laois.

The home side raced into a four point lead after just eleven minutes, and despite occasional signs of life from Carlow, Laois held them at a comfortable distance.

From Laois’ point of view, it was pleasing to at least have a more comfortable victory this time around. Whereas they struggled at times against Westmeath, they played within themselves for most of this game.

Manager Seamas Plunkett wasn’t happy with that after the game, as he felt they should have pushed on and shown a more ruthless streak. He has a point, and that Laois were so dominant and only created one goal-scoring oipportunity in the whole game was a little disappointing.

They got away with it though, and if they had been put under more pressure you would have to think they would have responded. Any time Carlow got within three or four points of them, Laois responded by going on a run to reaffirm their superiority.

London now await in Ruislip this coming weekend, and a win there will set up a shootout with Antrim in the final round to see who tops the group.

The game with London must be dealt with first, however, and Seamas Plunkett will be hoping his side can start that game as they did here. Willie Hyland opened the scoring with a fine point from way out on the left wing, after being set up by Neil Foyle.

Stephen Maher then rattled off three points from frees without reply from Carlow as Laois established their early dominance. Carlow didn’t open their account until the 13th minute, with Denis Murphy slotting over a free for the first of his ten points. It would prove to be a recurring theme for Carlow, as nine of their points came from Murphy frees.

Cha Dwyer responded with a nice effort from distance for Laois, with Murphy again on target to keep Carlow in the hunt.

A lovely point from Dwane Palmer got Laois back on the front foot, with Foyle again involved in the build up. Stephen Maher added another from distance, but Laois couldn’t really kick on and stamp their authority on the game. Murphy got another free for Carlow and Marty Kavanagh punished some sloppy defending as Carlow again got within three points.

The groans in the crowd told their own story as Laois seemed unable of snapping out of their listlessness, and when Andrew Gaule left two in it things began to get nervy.

Laois needed to improve, quickly, and Neil Foyle took matters into hiw own hands with a well-taken point, and that sparked the team into life. Stephen Maher added a free, before a wonderful block from Cha Dwyer allowed the Ballinakill man to set Maher up for a poitn from play.

Craig Wall briefly interrupted the run with a point for Carlow, but another three points on the trot, from Maher (free), Patrick Whelan and Cha Dwyer helped Laois into a 0-14 to 0-8 lead at half time.

Carlow would have wind advantage in the second half and Laois’ six point lead didn’t look overly secure, especially if Carlow got a good start to the second half. WhenDenis Murphy got the first score of the half there was a brief period where nerves startedto jangle, but things quickly settled down.

Ross King pointed from 25 yards before winning a free for Stephen Maher to point. The crucial score of the game arrived moments later, as Laois put the game beyond doubt.

A long ball forward from Dwane Palmer was superbly caught by Willie Hyland, and he sucked in a trio of Carlow defenders before offloading to an unmarked Tommy Fitzgerald.

He dummied Brian Treacy and fired to an empty net. That score really killed off the Carlow challenge, and the rest of the game became a matter of killing time until the final whistle put the players out of their misery.

Carlow chipped away with point from Denis Murphy, who also missed a golden goal-scoring opportunity. That score may have made things interesting, but Laois tightened things up and rattled off a string of points themselves, one from the returning John Brophy, to seal a big win.