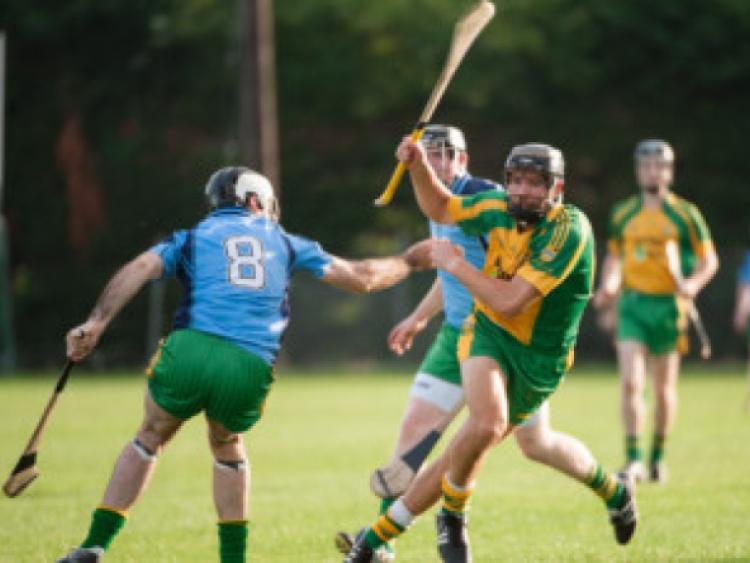 Park-Ratheniska sailed to a comfortable thirteen point dismantling of an understrength Ballypickas side as they racked up a cool 1-18 along the way in a one-sided affair in Timahoe on Friday last.

Park-Ratheniska sailed to a comfortable thirteen point dismantling of an understrength Ballypickas side as they racked up a cool 1-18 along the way in a one-sided affair in Timahoe on Friday last.

Ballypickas were on the back-foot before the ball was ever thrown in due to the absence of a number of key players in the form of Daire McWey and Pat Loughman, both of whom have swapped Irish soil for greener pastures in New Zealand, while both Martin Scully and Paddy Gorman were unavailable on the day but are expected to make a return.

Despite the final scoreline, Ballypickas matched Park-Ratheniska for the opening ten minutes as MJ Lalor’s three points equalled a brace from Declan Qualter and a single from Brendan Fingleton to leave the score at three points apiece.

As the half progressed, Park began to dominate from the full-back line right up to the full-forward line as Darragh Nolan punished the ‘Pickas men with three converted frees and a brace from play, while Qualter, Langton and Denis Cahill all raised the white flag too. Ballypickas’ managed to break their fifteen minute drought right before the break as Lalor added his fourth of the day to leave seven points separating the sides at the interval.

Things didn’t get any easier for Ballypickas in the second half as their over-reliance on MJ Lalor was quickly found out by the Park-Ratheniska management as they invoked a plan to quell the threat, despite Ballypickas’ best efforts to keep him in the game by moving him out the field.

Darragh Nolan continued his fine form from the opening half to extend their lead to eight points, before Cahill added a brace and Brendan Fingleton opened his account for the day as Park went eleven clear just five minutes into the second half.

Park continued to heap pressure on the Ballypickas defence, and after numerous efforts they eventually grabbed what was an inevitable goal from Darragh Nolan, with some brilliant build-up play along the way.

Ballypickas chipped away at the Park lead with four second half points from Lalor, all from frees, as he would finish up their only scorer on the day. Park closed out the game comfortably with further points from Nolan, Cahill and John Holohan to see them through to the next round with a clinical performance.