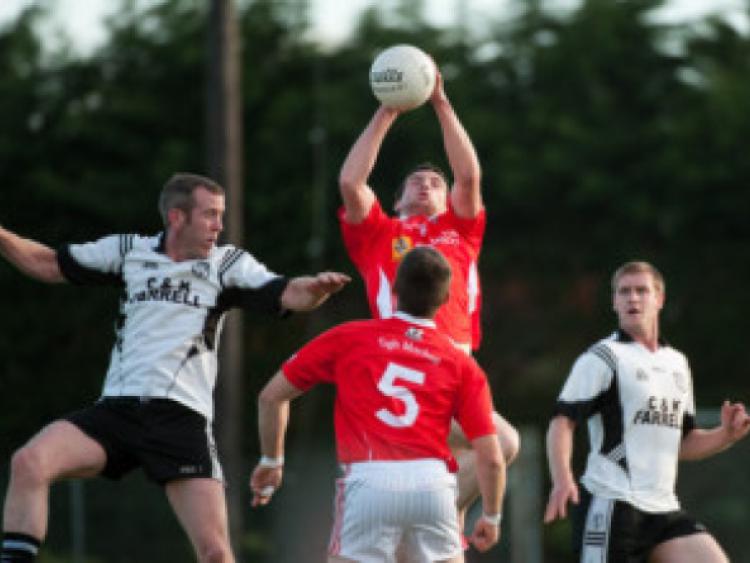 Timahoe’s Martin Bergin opened up the scoring in the second minute with a point after a pass from wing back Ciaran Lennon.

The writing was on the wall for Timahoe from the very early stages, they were missing crucial players up front and their case wasn’t helped when Arles-Killeen’s first score was a goal from Donal Kingston. Kingston followed this up with two points and Brian McDonald added to this after a pass from Paul Kingston.

Timahoe were rather static in the opening fifteen minutes but Mick Kerr and Damian O Connor added one long range point each and an on-form Ciaran Lennon produced a wonderful score following a great catch and run up the field. Jimmy Whelan and Sean Daly defended well, putting the Arles-Killeen forwards under pressure.

Donal Brennan added another point for the visitors, leaving the score 1-4 to 0-5 in favour of Arles-Killeen at half time.

The second half got off to an exciting start with Arles-Killeen winning the throw up and Donal Brennan’s attempt on goal smacked off the post. Arles-Killeen added two points from Donal and Paul Kingston. Timahoe fought hard and Ruairi O’Connor fisted the ball into the Arles-Killeen net to put his team back into contention with forty minutes on the clock and the score was 1-6 to 1-5.

This was as close as Timahoe got to the visitors however, Donal Brennan sent a lovely point over his right shoulder after a great run and pass from Diarmuid Julian. Billy O Loughlin followed up this good play with a wonderfully struck goal into the top right hand corner. Timahoe continued to persevere with Ruairi O Connor converting three frees but poor passing and shots dropping short made things more difficult for Timahoe than it needed to be.

The game was over as a contest in the fifty-fifth minute when Alan Ryan scored Arles-Killeen’s third goal following good team work from Donal Kingston and Donal Brennan. Paul Kingston added another point after a visionary pass from Donal Kingston in midfield and Brian McDonald set up Conor Keightley for his point to add to their sides tally. Arles-Killeen ran out deserved winners in the end.