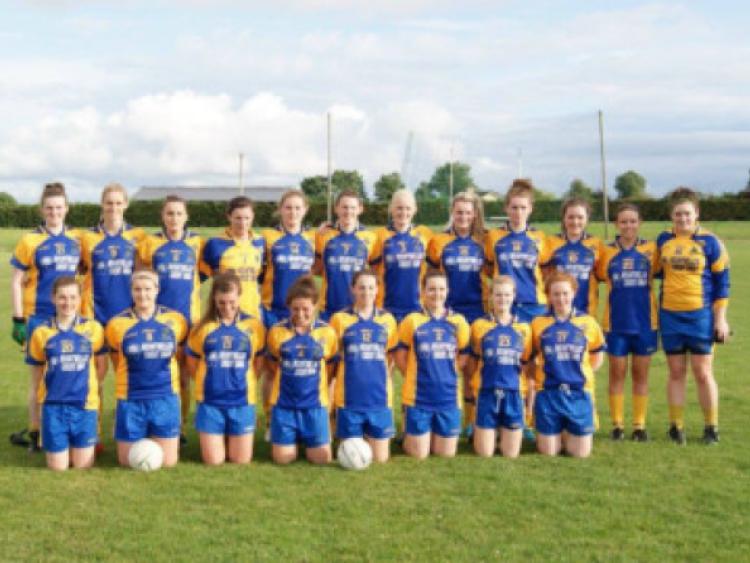 Sarsfields emerged deserved victors over St Conleth’s on Saturday evening and now go on to face Timahoe in the Division One League Final on August 1st or 9th depending on the outcome of the county qualifiers draw next week.

Sarsfields emerged deserved victors over St Conleth’s on Saturday evening and now go on to face Timahoe in the Division One League Final on August 1st or 9th depending on the outcome of the county qualifiers draw next week.

The one sided affair saw the home side kick an impressive 4-26 from play over the sixty minutes. Mary Keating opened the scoring with a point inside the first minute and Tracey Lawlor added a second point thirty seconds later. These scores were followed by a goal from Ciara Burke after good support play from Meaghan Dunne, leaving St Conleth’s trailing by 1-2 after just three minutes.

St Conleth’s captain Claire O’ Connell played a sweeping role in the backs making some terrific blocks and added her sides first score after seven minutes. Sarsfields pressed on and some fine points from Alison McEvoy, Rosemarie Bermingham and Meaghan Dunne made them pull away from St Conleth’s as the game progressed. St Conleth’s tried hard in the first half and Emma Murphy was impressive up front scoring two wonderfully struck points. Aoife Kirrane and Alanna Havill linked up nicely and created some good movements which the Conleth’s forwards failed to convert. Olwyn Farrell had a strong presence in midfield and set up many of the Sarsfields attacks. The half time score was Sarsfields 1-12 St Conleth’s 0-3.

Sarsfields started the second half strongly and kicked three unanswered points, one from Farrell and two from Lawlor, inside the first five minutes. St Conleth’s Marie Byrne, who looked a constant threat in front of goals, kicked a fine point in the sixth minute. This was followed with a point from Siúbhan Culliton in the ninth minute in what was to be St Conleth’s last score of the game.

The last twenty minutes justified why Sarsfields are county champions. Their work rate and support play in every position on the pitch was impressive and their forwards kicked some excellent scores throughout the game. Two goals from county players Meaghan Dunne and one from Tracey Lawlor ended the game as a contest. St Conleth’s will be disappointed with their performance, particularly having won all but one match in their League campaign.

Missing players because of work commitments and travelling is one that has affected all clubs in Laois this summer and perhaps this will need to be addressed as championship is about to commence.