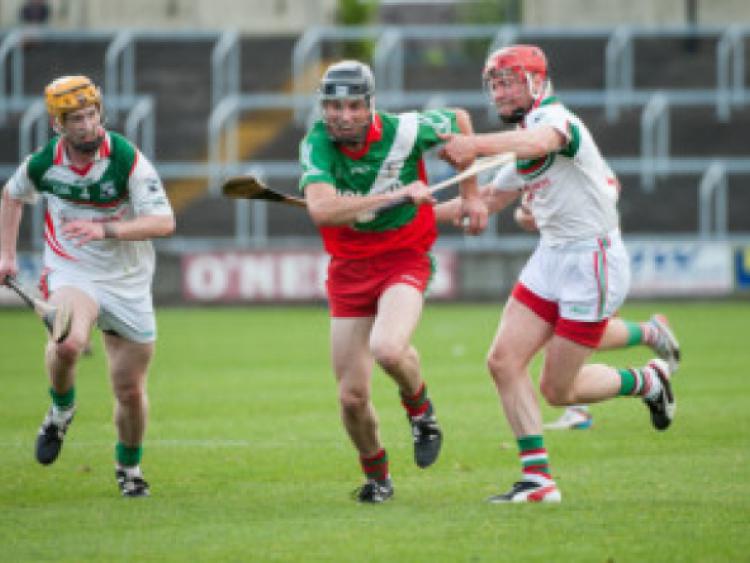 The draw for the second round of the Senior Hurling Championship has thrown up a mouth watering clash between two of the favourites to lift the Bob O’Keefe Cup and a repeat of the thrilling finals of 2012.

The draw for the second round of the Senior Hurling Championship has thrown up a mouth watering clash between two of the favourites to lift the Bob O’Keefe Cup and a repeat of the thrilling finals of 2012.

Rivals Rathdowney-Errill and Clough-Ballacolla will go head to head in the next round with the reward of a place in the semi-final up for grabs for the winners.

Both sides were pushed hard in their opening games before both coming through with five points to spare. Rathdowney-Errill restricted Borris-Kilcotton to just one point in the final 20 minutes on their way to a 1-18 to 1-13 win. Clough-Ballacolla conceded eight points without reply to The Harps in one ten minute spell in their game but they hard the firepower to come through on a scoreline of 2-18 to 1-16.

The other game in the winners side of the draw will see Abbeyleix take on the side who eventually prevails in the replay between Camross and Portlaoise.

Abbeyleix were the surprise packet of the weekend seeing off Castletown Slieve Bloom by 2-14 to 1-11. On their league form, Abbeyleix were expected to struggle in the championship but they produced a fine all round performance to see off their opponents.

Camross and Portlaoise will do it all again this Sunday at 7.30pm in O’Moore Park after a point in the sixth minute of injury-time from Darren Gilmartin snatched a draw aw for Camross from the jaws of defeat. After a slow start, Camross looked to have taken control but a goal five minutes from time from Tommy Fitzgerald for Portlaoise threw the game wide open again . Joe Phelan had put Portlaoise ahead deep into added time but play continued allowing the defending champions to equalise and bring the game to a replay.

The eventual losers of that replay will play The Harps in the losers side of the draw while Borris-Kilcotton and Castletown-Slieve Bloom will also go head to head.

For the teams involved in those games, it is very much the last chance saloon as the losers will drop into the relegation play-offs with the prospect of dropping down to Senior B looming very large.

See pages 92-95 for full reports on all four games