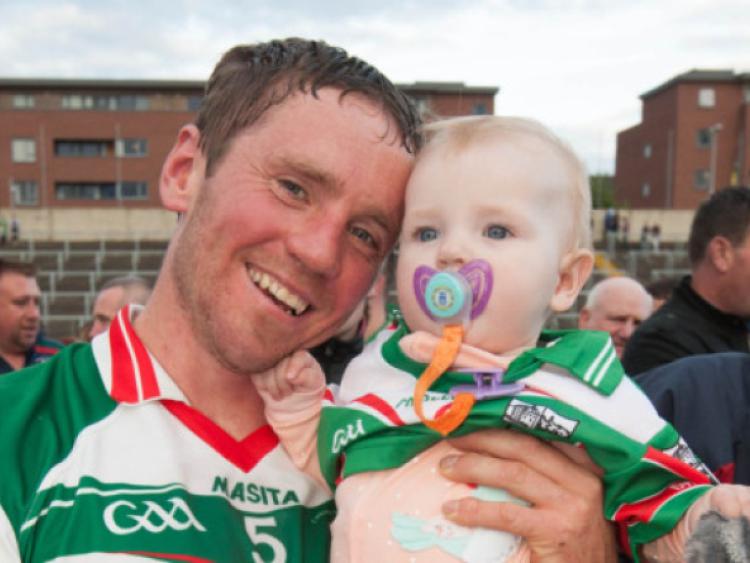 Rathdowney-Errill defender Joe Fitzpatrick hailed the work rate of his team mates as the key to their landslide victory over Camross on Sunday evening.

Rathdowney-Errill defender Joe Fitzpatrick hailed the work rate of his team mates as the key to their landslide victory over Camross on Sunday evening.

The tackling, hooking and blocking of the Rathdowney-Errill team was a feature of the game throughout, and it helped them to upset Camross and impose their own game plan on proceedings.

The result of all their effort was a fifth title in nine years, and as he reflected on the game afterwards, Fitzpatrick admitted that their performance in this game was right up there among the best they have ever produced. “This is definitely up near the top, everyone that came in there today, they left nothing on the field, they gave everything they had.

“That’s a serious Camross team, we knew that it was going to be tough, and it was tough up to the end, but the boys worked unnatural hard on the hooks and the blocks, and that was the difference there today.”

After an evenly contested opening quarter to the game, Rathdowney-Errill started to move through the gears after that, with Mark Kavanagh’s goal a crucial score.

For Fitzpatrick, that score was a key moment in the game. “It probably settled us a bit more and gave us the confidence to drive on. They say goals win games and it helped us to drive on a bit more.”

That goal helped them to a six point half time lead, and a quick start to the second half set Rathdowney on their way to victory. “Tadgh got a great point at the start of the second half, and that lifts everyone on the field and we were settled in again, and we just drove on from there.”

One particularly pleasing aspect of this year’s success for Rathdowney-Errill have been the emergence of young players, like Mark Kavanagh and Liam O’Connell, and Fitzpatrick admits it has given the club a boost. “The two boys are serious hurlers and they are playing outstanding there at the moment, but there is still more in them, they are very young.

“The likes of Enda (Meagher) and Pat (Mahon) and some of the older lads here, we have to bring them on with us and hopefully in a couple of years they will be taking over from us and taking over the mantle and driving everything on.”

This win sees Rathdowney get their fifth crack at a Leinster club campaign, and Fitzpatrick is keen to do well with Mount Leinster Rangers success last year setting a blueprint for some counties. “We always go in to that competition and we want to go as far in it as we can, and we believe we can go far in it.

“If we can put in performances like that there’s no reason we can’t do what Mount Leinster Rangers did, but it will take serious work and bigger performance than what we did today. It’s not for a while, and over the next few weeks we’ll train hard. We’ll enjoy it first, but I’m 100% sure when we get back we’ll train as hard as ever and push on again.