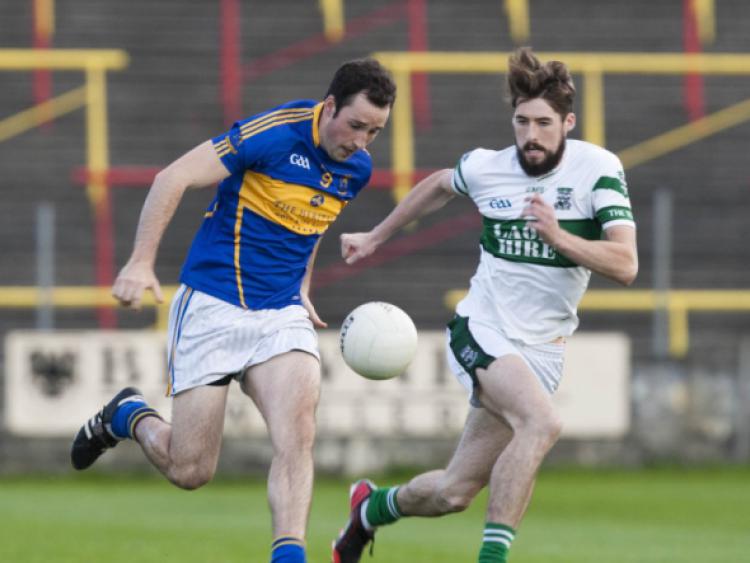 For the second year in a row, Portlaoise and O’Dempsey’s will meet in the knockout stages of the Laois SFC, with the Killenard men the latest side to try and break the Portlaoise run of dominance.

For the second year in a row, Portlaoise and O’Dempsey’s will meet in the knockout stages of the Laois SFC, with the Killenard men the latest side to try and break the Portlaoise run of dominance.

They made a decent fist of it last year, when they lost out by just four points, but caused the reigning champions their fair share of problems.

Stephen O’Leary saw a penalty saved in that game too, so O’Dempsey’s will have reason to draw confidence from that encounter.

Portlaoise will start as heavy favourites, as they always do, but they have shown the best and worst of themselves in the championship this year. Their first half performance against Portarlington was probably the poorest 30 minutes of football they have played in the last seven years or so, but they fought their way out of a tricky situation.

The speed of the turnaround in that game was very impressive, and it is something O’Dempsey’s will have had to take note of. A team playing Portlaoise will have to play well for the full 60 minutes, but Portlaoise themselves can win a game in fifteen, and that’s the difference between them and the chasing pack.

If nothing else, this weekend’s game should be entertaining, as both teams are committed to open, attacking football.

O’Dempsey’s style is similar to Portlaoise in that they like to run hard and create overlaps, and will hit the full-forward line early as well. They have produced some impressive performances so far, averaging 3-12 in their three games to date.

A note of caution for them, however, would be that Portlaoise will be a significant step up from Arles-Kilcruise, Ballylinan and Mountmellick, whom they have played so far.

The scare Portlaoise got against Portarlington in the quarter-final should prove to be a timely reminder not to look too far ahead. Portlaoise are no doubt targeting a Leinster title, but they have at least two more tricky hurdles to clear before they can think about that.

Their team selection against Port raised some eyebrows, and it is unlikely that the starting 15 that day will start this weekend. Craig Rogers will surely start on the half-forward line, while Zach Tuohy will be charged with mainting his lethal form on the edge of the square.

Kieran Lillis, who moved to midfield for the second half of that game, could start there this weekend, and Paul Cotter should come in from the start.

For O’Dempsey’s, they don’t have the same level of options, but they do have a settled side, and they have been playing under Eddie Kelly for five years now, so they all know what is expected of them.

They are underdogs, and rightly so, but if they are given the freedom Port were allowed at times by Portlaoise, then they will punish the champions more severely. Portlaoise should win, but an intriguing game lies ahead.