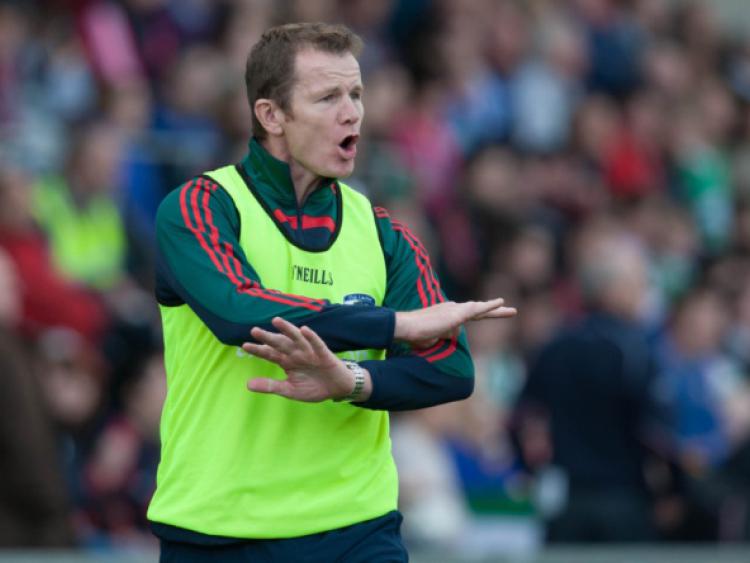 Rathdowney-Errill manager Conor Gleeson was delighted to see everything fall into place for his side in Sunday’s final, as they produced a fine performance to claim a 13 point win over Camross.

Rathdowney-Errill manager Conor Gleeson was delighted to see everything fall into place for his side in Sunday’s final, as they produced a fine performance to claim a 13 point win over Camross.

It is Rathdowney-Errill’s fifth title in nine years, and it was the biggest margin of victory in a county final since Castletown’s 2-19 to 1-8 win over Tinnahinch back in 2001.

For Gleeson, however, it wasn’t the margin of victory which was so pleasing, it was the manner of the performance that his players produced. “It’s a fantastic win, but we’d have taken a point. We played well on the day, Camross are a better team than that but things didn’t go for them on the day, but sometimes that happens.

“We were going to be delighted whatever way we won, and we happened to win comprehensively today.”

Their game plan worked to a tee as well, as they married a ferocious work rate with quick ball into their dangerous full-forward line. Overall, however, Gleeson was keen to pay tribute to every player that took to their field on Sunday. “We had a bit of a game plan but that’s the beauty of hurling, you never know what’s going to happen.

“Thankfully today the lads worked hard and created a lot of space. Ross is as good as anyone in the country, I believe, and we got the ball in to him.

“If you look at the scoresheet for today though, I think Mark Kavanagh got around 1-5, all the boys stood up for a lot of scores, and it was a team performance in the forwards. We hit some wides as well, but we did do well in the forwards, there is no doubt about it.”

Having built up a six point lead by half time, Rathdowney-Errill came out strongly at the start of the second half and scored the opening two points of the half to kill off any hopes of a Camross comeback.

“I suppose that’s all you can say, it definitely did go right for us. I don’t think the scoreline reflects how good Camross are, they are a very good side. They were champions last year and sometimes it’s hard to come back and do it again and they certainly didn’t turn up today, but it wasn’t for the lack of effort.”

There was certainly no lack of effort from Rathdowney-Errill, and a Leinster campaign no awaits.