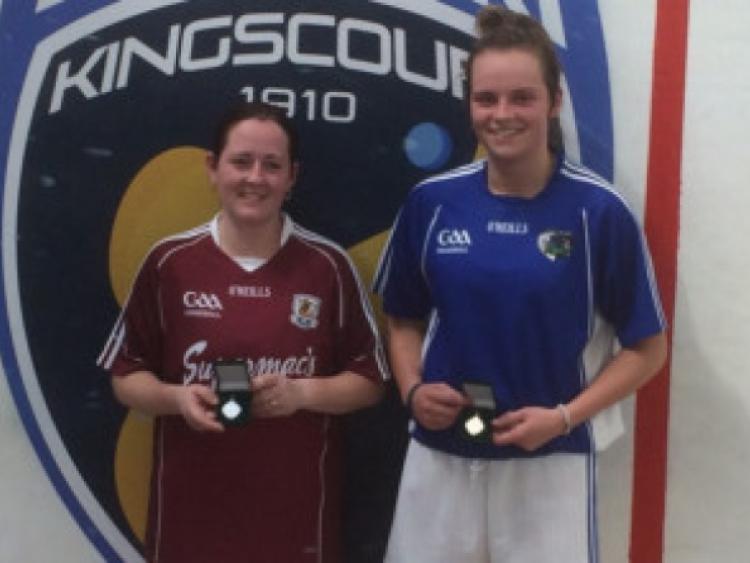 Niamh went into the final as slight favourite after her strong showing in the Leinster championships but was fully aware that in Janet Connaughton she faced a very dangerous opponent capable of producing an upset.

In the opening game, Niamh was nothing short of imperious. She dominated proceedings from the off and never allowed her opponent to gain a foothold in the game. Connaughton was struggling to match the power, intensity and speed of the Laois girl who was relentless throughout.

Tactically, Niamh was playing very astute handball. By keeping the Galway girl to the back of the court she dictated the play and was able to create a number of kill shot opportunities which she took with aplomb. Niamh saw out the first game 21-5, and based on her performance it appeared to the large Laois support in attendance that she was on course to capture her first adult All-Ireland handball title.

Niamh was to make a bright start to the second game, building up a commanding 9-1 lead. However, Connaughton was to show great resolve and reduced the deficit to a mere three aces by the halfway point of the second game.

It was at this stage that the mental strength of the Laois girl shone through as she never allowed her opponent to draw level. Both players were trading aces and after some fantastic rallies that showcased incredible retrieval skills, clinical kill shots and unbelievable passing shots the score stood at 20-17 in favour of the Laois handballer. The Laois support was now on the edge of their seats truly gripped by the excitement of a game that showcased the very best of ladies handball.

Serving at game-ball, Niamh was to come within a whisker of taking the All-Ireland title when her attempted kill shot fell agonisingly short of the front wall. Connaughton now had a lifeline, but Niamh showed great composure to win the next rally and extinguish any hopes the Galway girl had of completing her amazing comeback.

To the delight of her family, friends and vocal supporters, Niamh then secured the All-Ireland title with a fantastic serve around the walls that Connaughton was powerless to return. This was to spark scenes of jubilation and delight with Niamh capturing a title she so richly deserved after months of hard training and perseverance.