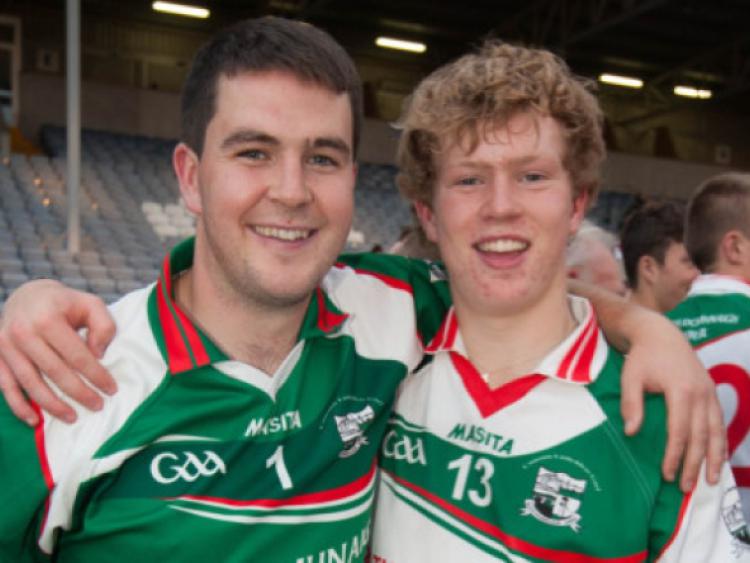 Rathdowney-Errill vice chairman Justin Kavanagh felt Sunday’s success over Camross, and the manner in which it was achieved, was a dream come true for the players and the club.

Rathdowney-Errill vice chairman Justin Kavanagh felt Sunday’s success over Camross, and the manner in which it was achieved, was a dream come true for the players and the club.

With just about everyone expecting a closely fought affair, Rathdowney-Errill blitzed the reigning champions with a hugely impressive performance, running out 13 point victors.

Reflecting on the game afterwards, he felt things could hardly have gone better for the team. “You dream for days like this, this is what you train for and practice for, but it doesn’t always happen, but today was one of those days where it clicked for us.

“I suppose our near neighbours, Clough-Ballacolla, were beaten by Camross and people maybe didn’t give Abbeyleix enough credit. Abbeyleix are a very good team and their work rate is very high, and those games stood to us today because they were played at a fierce pace.

“In fairness to our management team as well, we had a very good level of fitness, and our big players came up trumps today, and even some of our small ones!”, the latter comment a nod towards his teenage son Mark, who managed a very impressive 1-5 from play at corner forward in his first appearance in a senior county final.

That this victory came against Camross, a team renowned for producing their best when their best is needed, made the victory all the more remarkable for Kavanagh. “Any day that you go out in a county final and do that is unreal, and particularly against Camross, whose tradition and everything else is top class.

“To win by 13 points is unreal, but it could have been a few more, and I’m not trying to make little of Camross, they had their wides as well, but we were in the groove today.

“Our work rate, we must have took on from where Kilkenny finished off last night! It was unreal.”

The spectre of the Leinster championship will loom on the horizon now for the club, and the club’s vice chairman is hopeful they can show their class at the next level of competition to give the game of hurling another boost in the county. “We are a young club in Leinster, and we would like to push on and do the best we can.

“We were disappointed the last day (against Kilcormac-Killoughey in 2012) and there’s no point saying were weren’t, we felt we were every bit as good as Kilcormac.

“Now we have a little bit of time to get organised and get right, but maybe your better off to stay hurling, but you would love to give Leinster a rattle for the county, for the good work that is going on at all grades and fly the flag high for Laois. We are proud Laois people.”