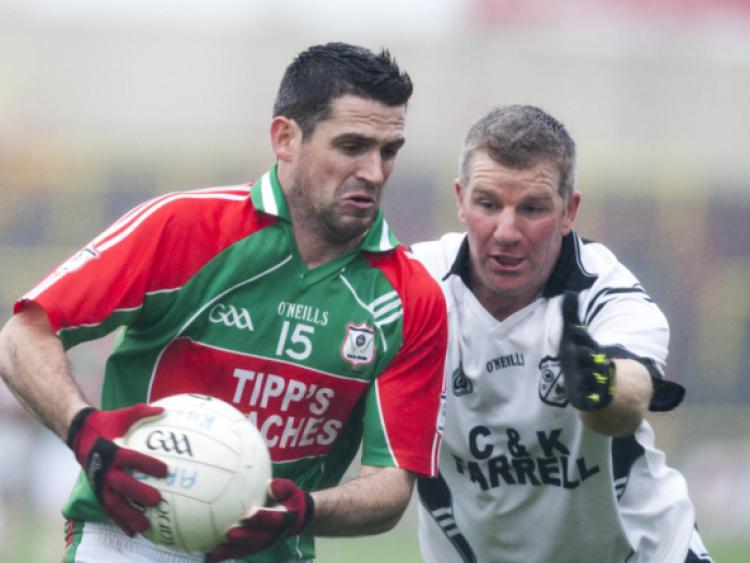 Arles-Killeen will attempt to make back to back Laois SFC final appearances for the first time in their history this weekend, when they once again meet Graiguecullen in the semi-final.

Arles-Killeen will attempt to make back to back Laois SFC final appearances for the first time in their history this weekend, when they once again meet Graiguecullen in the semi-final.

This game is a repeat of last year’s last four clash, which Arles-Killeen won by four points, and there are a couple of intriguing subplots to this weekend’s game.

While Graiguecullen come looking for revenge, the man who lead them to this stage last year, and helped them to win a Division 1 title, Joe Higgins, is now in charge of Arles-Killeen. He had a tough act to follow in Pat Ryan, but he has steered them back to the last four, and they look in good shape to go one step further.

They may not have overly impressed against The Heath, but that was a game where they had to really dig in and get the win, and they did exactly that.

Graiguecullen looked impressive as they racked up 3-13 in the win over Killeshin, but they are set for a much tighter game here, and the space they were afforded for those two second-half goals won’t be as easily found this weekend.

Aaron Forbes match-up with Paul McDonald offers him a big size advantage over the veteran defender, should Graiguecullen opt to go the direct route.

Lee Timmons, Ambrose Doran and Mark Doogue are all excellent club players as well, they have options for midfield with Michael Hand, Ian Fleming and Danny O’Reilly all capable of lining out there, and Mark Timmons marshalls a defence which has conceded a little under twelve points per game.

With a big panel and options on the line, they are in a good position on that end of things as well.

Arles-Killeen, by contrast, don’t have the same depth that Graiguecullen have, but they do have the best player in the Laois SFC, Donie Kingston. At his best, he is unplayable in midfield, and Graiguecullen’s hopes of making a final will rise or fall on whether they can keep him on the periphery of the game.

He scored 0-5 the last day against The Heath, a fine tally for a midfielder, but it his overall contribution which is so impressive. He can win kickouts, win breaks, he’s comfortable on both feet, is an excellent passer of the ball and almost never gives away possession.

He will keep firing balls up to younger brother Paul at full-forward as well, and his battle with Mark Timmons promises to be interesting.

Arles-Killeen are by no means a one-man team, and players like Donie Brennan, Shane Julian, Jason Enright and Joe Mulhare are all good club players, but Kingston makes them play better, and if he is on form they will probably win.

Graiguecullen are a fine team, but question marks remain over their ability to produce a consistent 60 minute performance. They will really need one this weekend, because nothing less will be good enough.

They come into this one as underdogs. Not by much, but Arles-Killeen should do enough to qualify for a second final in two years.