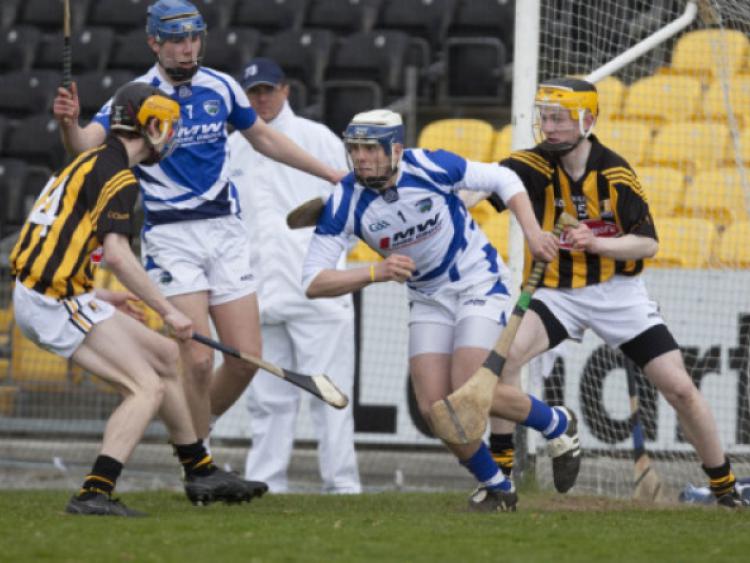 Laois minor hurling manager Pat Critchley was confident his young charges would bounce back from Saturday’s defeat to Kilkenny and still have a say in the Leinster MHC.

Laois minor hurling manager Pat Critchley was confident his young charges would bounce back from Saturday’s defeat to Kilkenny and still have a say in the Leinster MHC.

Despite some positive play in the first half, Laois were hit by a second-half barrage from Kilkenny, who ran out 17 point winners in the end, and while biterly disappointed with the result, the Portlaoise man was hopeful his young side would make amends. “We just said to the lads, it doesn’t take from the preparation, they have done absolutely everything they have been asked to do.

“They are fairly shattered in there at the minute, and we’ll just have to deal with that and respond to that. It’s not a knockout competition, but it makes it knockout for every other game now.

“We’re out in two weeks time and we’re going to have to regroup now, we’re out Wednesday night and we’ll deal with the performance that we weren’t at all happy with today, and try to get the win in a fortnight’s time that gets us back to where we would have been anyway.

“That’s all we can ask of the lads anyway, they’re a great bunch of lads and they prepared really well. We came down and we genuinely believed we were going to give this a real good crack but the game just went away from us, but I know these lads will regroup and respond and that we’ll have a good say in this championship yet.”

After a nervy start, Laois had settled into the game and were level at 0-4 with Kilkenny after 11 minutes, and trailed by just two seven minutes before half-time, but Kilkenny’s ability to get goals when they needed them proved to be one major difference between the teams.

They struck just before half time and twice after it, although Critchley admitted that he and the management team weren’t overly concerned at half-time, despite trailing by five. “The first five or ten minutes, it took us a little bit of time to get to the pace of the game, and then we seemed to play at that pace for a while.

“We were reasonably happy at half time even though we were five points down and turning around to play against the wind.

“A number of games we played this year we have played against the wind, but we missed the goal and when that happen when you play Kilkenny, and they have the wind behind them, they just got into a comfort zone and buried scores over the bar.”

Laois must now advance through the qualifier series, and they will be out in ten days time against either Meath or Westmeath, and Critchley knows they will have to make the most of their second chance. “There’s two ways to get to Dublin, there’s the motorway, but we’re going to have to go through Monasterevin and we’ll try to get back on track now again and keep driving on.”