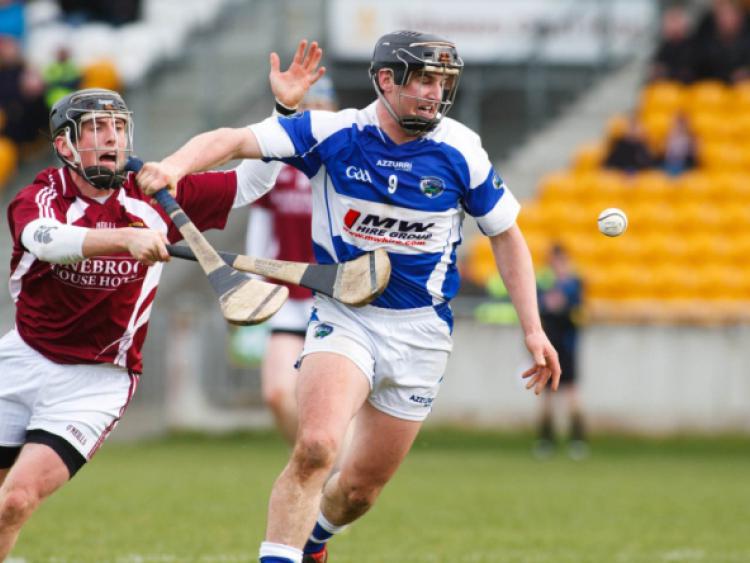 Laois senior hurlers have been dealt a major blow to their hopes of defeating Clare this weekend with the news that midfielder James Walsh will miss the game with a broken toe.

Laois senior hurlers have been dealt a major blow to their hopes of defeating Clare this weekend with the news that midfielder James Walsh will miss the game with a broken toe.

Walsh sustained the injury in a freak accident at home, and it could hardly have come at a worse time for him or this Laois team as they look to build on their impressive display against Galway.

With Brian Campion also expected to miss out after the groin injury he sustained against Carlow in the Leinster quarter-final, it means Seamas Plunkett and his management team are without two first-team members.

Added to that is the departure of Neil Foyle, as the Borris-Kilcotton man has transferred to Boston for the rest of the summer.

On the plus side, Rathdowney-Errill’s Ross King has joined the panel in recent weeks, after missing most of the year with soccer commitments. He returned to the hurling field with the U-21s last month against Offaly, and Plunkett wasted no time in adding him to the panel after their campaign came to a premature end.

Elsewhere in what promises to be a bumper weekend for Laois GAA supporters, Pat Critchley hopes to welcome back Borris-Kilcotton hurler Colm Stapleton for the Leinster final against Kilkenny on Sunday.

Stapleton was unable to start the semi-final win over Wexford due to a broken thumb, but he did make a late substitute appearance. He was rested last week but is expected to put his name in the hat for a place on the starting 15. Clough-Ballacolla’s Ronan Broderick will not be so lucky, however, as he remains out with a broken jaw.

Laois will be looking to secure a first minor title since 1964, with this being the county’s first appearance in a final since 1991.

After yesterday’s (Monday) draw for the All-Ireland football qualifiers, Laois fans will enjoy a double header in Ennis on Saturday as the footballers will also meet Clare.

After claiming a win in last Friday night’s game against Carlow, Laois will lock horns against Mick O’Dwyer for a place in Round 3 of the Qualifiers. Times of both the football and hurling games were not available at time of going to press.