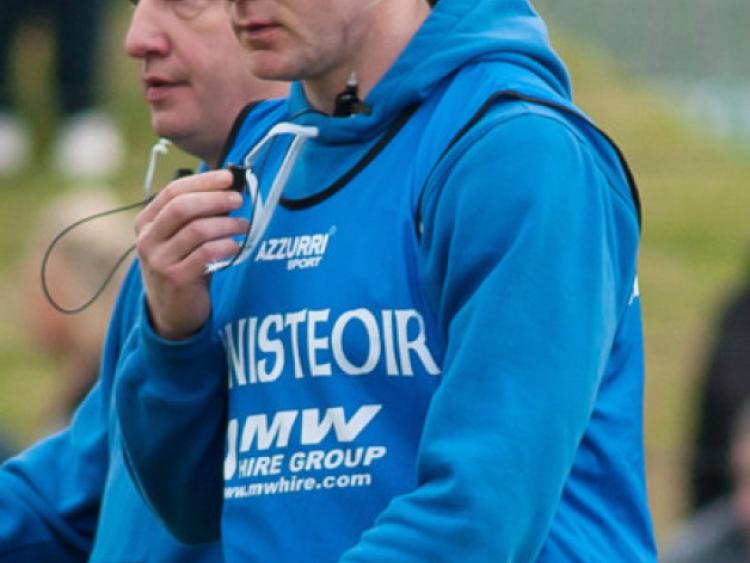 Laois manager Justin McNulty backed the Friday night experiment for the All-Ireland Qualifiers after watching his side claim a comfortable win over Carlow.

Laois manager Justin McNulty backed the Friday night experiment for the All-Ireland Qualifiers after watching his side claim a comfortable win over Carlow.

Laois eventually stamped their class on the game, but the build up was overshadowed by the decision to play the game on Friday night.

While McNulty feels the GAA will have to come up with some way for compensating players who were forced to leave work early for the game, he was full of praise for the organisation for taking the step to play the game. “The consensus from the squad was they wanted to go and play the Friday night game, most of the players were delighted to play a Friday night game.

“I applaud the GAA for their innovation in taking this approach, and having the idea to hold a championship game on a Friday night. Yes, you could argue that there could have been a period of consultation, and then it would never have happened.

“You can argue that the players need to be compensated, those guys who are professionally involved with work and had to get off work early, and I think the GAA needs to be a bit imaginative with compensation, otherwise this isn’t going to happen again.

“It’s difficult to get off work in these challenging financial times, it’s difficult for those guys, but that doesn’t account for all of the squad. Some of them are students so theres no real issue, but some of the guys are involved in big projects and have had to grin and bear it.

“The likes of MJ Tierney there, he had serious issues there with his employer, but he just got his head down and got on with it, and you have to applaud that. I think the GAA should be imaginative in terms of how they compensate that commitment.”

As for his team’s reaction to the fall out from the Louth game, he revealed there had been some frank discussions by just about everyone involved in the setup. “Since the Louth game, as you can imagine, there have been some very hard questions asked by the players and the management team, the coaches and the statisticians, are all asking hard questions.

“Most importantly and fundamentally, they have done it up front, they haven’t been snakes in the grass, they have asked openly and honestly to people’s faces, and that creates a positive environment of responsibility, so hopefully we can move forward now and that’s what we’re all seeking to do.”

Laois will play Clare in the next round after the draw was made lieve on TV3 on Monday. Laois could only draw a beaten provincial semi-finalist.