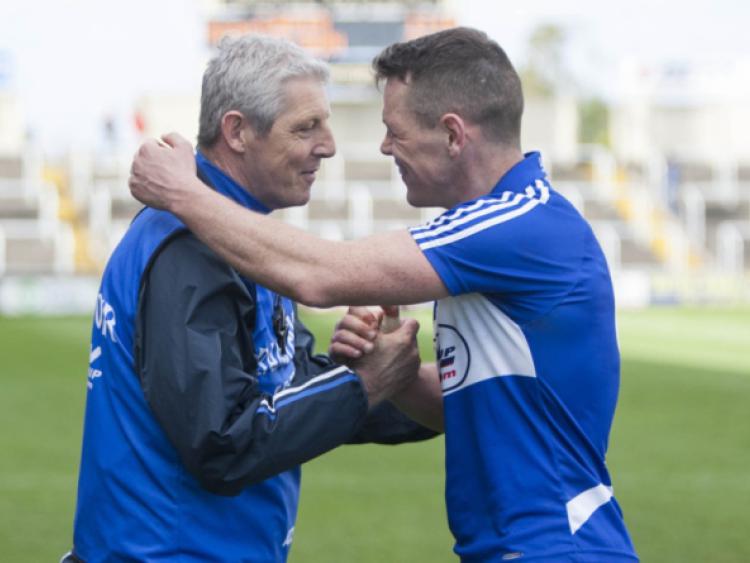 Laois senior footballers produced a superb performance to avoid relegation to Division 3 on Sunday afternoon, but the real work begins now as they face a defensive crisis ahead of the championship.

Laois senior footballers produced a superb performance to avoid relegation to Division 3 on Sunday afternoon, but the real work begins now as they face a defensive crisis ahead of the championship.

Laois thoroughly deserved their three point win over Down, with the three-point margin at the end doing little justice to Laois’ efforts over the course of the game.

The win came at a price, however, with full-back Denis Booth receiving a straight red card, which will see him miss Laois’ next two games, as it is his second red-card this year.

Tomas O Flatharta also revealed after the game that Mark Timmons, Laois’ first choice full-back, will more than likely miss the entire summer with a serious hamstring injury, leaving Laois with no recognised full-back available for the game against Wicklow on May 18, and if they win that game, against Dublin in the Leinster quarter-final.

“Our two full-backs are gone now at this stage” admitted O Flatharta after Sunday’s game. “Mark Timmons is going to be gone for four or five months with a bad hamstring injury and Denis (Booth) got a red card, and I felt it should have been a yellow card, so we will have to manufacture a full-back in the weeks ahead.

“It’s an opportunity for somebody else to take their chance.”

Laois have already been playing players out of position in the full-back line this year, with both Padraig McMahon and Peter O’Leary, who were the starting corner-back against Down, more at home at wing-back.

The likely candidate to fill in at full-back is Stradbally’s Paul Begley, but he has made the centre-back position his own this year, and his move to the edge of the square will lead to a defensive re-shuffle to accommodate it.

Laois’ other option would be to bring Kevin Meaney back to a position he occupied under Justin McNulty, but a lack of experienced cover for midfield is again going to lead to some sleepless nights for O’Flatharta and his management team in the weeks ahead.

This weekend will see the players released back to their clubs, as Round 2 of the ACFL Division 1 takes place, with Portlaoise’s clash with Portarlington one of the highlights of this round of fixtures.