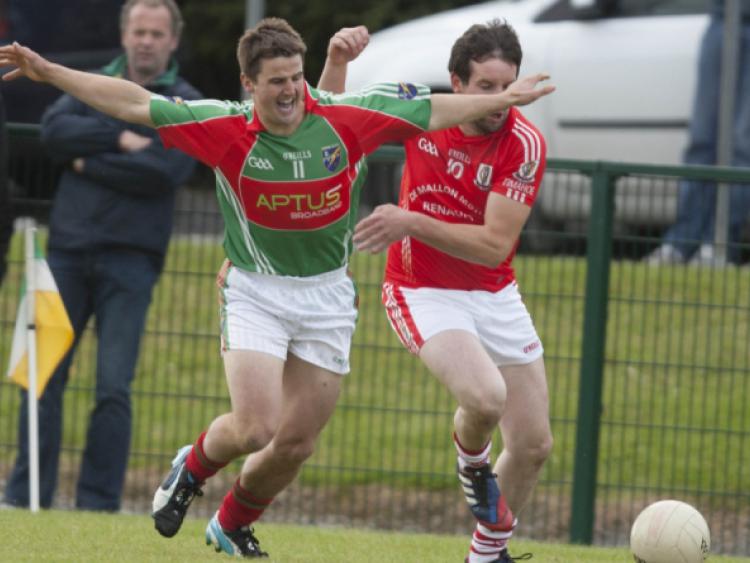 A long range goal from Darren Hogan late in the game snatched a dramatic late win for Clonaslee St Manman’s in this memorable game in Ratheniska on Saturday.

A long range goal from Darren Hogan late in the game snatched a dramatic late win for Clonaslee St Manman’s in this memorable game in Ratheniska on Saturday.

It was a tough defeat on Graiguecullen who came into the game off the back of two draws and who seemed to be on the cusp of sealing a crucial first win.

As it stands, Clonaslee stand alone at the top of Group B and into the knock-out stages after three successive wins with their last game against Portlaoise set to decide who tops the table.

As well as hitting the last score, Hogan opened the scoring for Clonaslee St Manman’s after six minutes. However Graiguecullen responded strongly and by the time Glen McEvoy add Clonaslee’s second point, Graiguecullen had six points on the board with Dale Byrne and Ethan O’Neill to the fore.

Clonaslee eventually got a foothold in the game and finished the half strongly with McEvoy and Hogan leading the way and by the break they were back within one.

However Graiguecullen stormed out of the blocks in the second half and points from Dale Byrne, John O’Neill before corner back Greg Aylward gave them the comfort of a four point lead.

However Clonaslee finished like a train and after points from John Rigney and Glen McEvoy (2), Hogan lofted in a high ball in search of an equalising score but Graiguecullen goalkeeper Pat Brannigan appeared to lose the ball in the sun and it dropped into the back of the net for the winning scores.