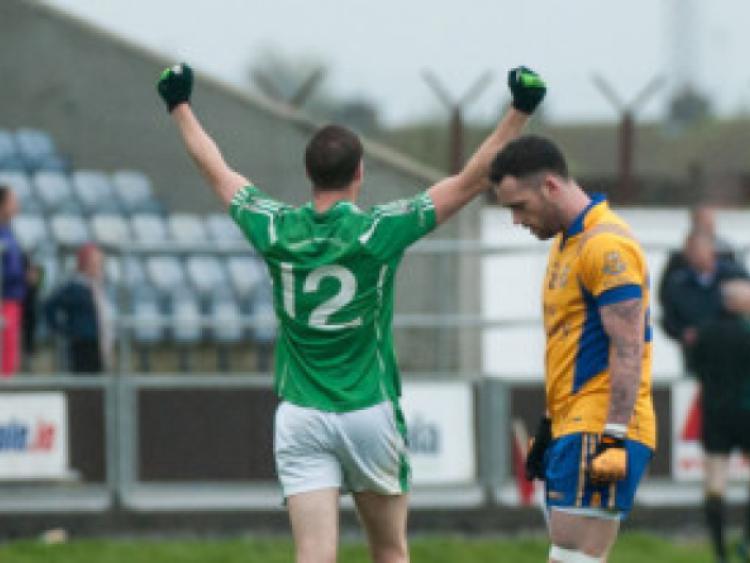 There have been few greater escapes in recent years than that pulled off by Killeshin on Sunday.

There have been few greater escapes in recent years than that pulled off by Killeshin on Sunday.

They didn’t need a tunnel to get out of the situation they were in but they had to dig incredibly deep to come from six points behind with seven minutes to go to snatch the win.

For 53 minutes they were second best to St Joseph’s but when the final whistle went, they had somehow pulled off the most unlikely of victories to seal their place in the next round.

They didn’t score for the opening 26 minutes with the advantage of the wind, they only had seven points on the board after 53 minutes and yet they emerged victorious by 1-11 to 1-10.

St Joseph’s will be still kicking themselves today for letting this game slip. It should have been done and dusted long before Killeshin’s miraculous recovery but St Joseph’s wasted a host of chances, including seven first-half wides. Even allowing for that, with a six point lead with seven minutes to go, they should have seen out the game but a collective panic set in when the pressure came on and they wilted under Killeshin’s late onslaught.

Their already brittle confidence was shattered by the concession of the key penalty after 56 minutes and when Eoin Lowry converted from the spot, St Joseph’s all but imploded.

They must now try to pick themselves up for the relegation play-offs where they have been drawn to play Arles-Kilcruise in the first game which will be very difficult given the manner of this defeat.

It was very different in the first-half as they dominated the game and built a 0-5 to 0-0 lead. Playing into the wind, they were playing with a calmness and assurance that belied the collapse to come.

It took ten minutes for them to open the scoring with Michael Keogh finding the target. Matthew Campion added the next two before a shot from Brendan Hickey, that looked to be a good yard wide, was given as a point.

Michael Keogh had a goal chance soon after but his effort was saved well by Shane Coakley in the Killeshin goal. There were other missed chances as well and they were almost made to pay by Killeshin who were only denied a goal on a rare foray forward by a good save from Daniel Nelligan.

The lead became five on 24 minutes when Matthew Campion lofted over his third point but he was forced off through injury soon after which was a major blow for St Joseph’s as he had been the most impressive forward on the field in the opening half.

Killeshin eventually opened their account with 26 minutes on the clock through Arnie Mahon and by half-time, despite being outplayed, they were back within three thanks to points from Barry Ryan and a Cathal Brennan free.

Stephen Attride reduced the lead to two on the restart but St Joseph’s pulled away again with a goal from Michael Keogh from close range and points from Brian Brennan and Jason Campion.

Two points Cathal Brennan and one from James Davis kept Killeshin in the game but after points from Colin Campion and Brendan Hickey put St Jospeh’s six ahead with seven minutes to go, it looked as if the game was won.

Killeshin had threatened to find the back of the net on a few occasions and, after a point from Cathal Brennan, the goal they desperately needed finally arrived from the penalty spot when Eoin Lowry converted after he was hauled down by James Doyle.

With their large support in full voice, Killeshin stormed forward with Lowry getting them back within one. With the game on the line, Killeshin captain Cathal Brennan took the game by the scruff of the neck kicking two excellent late points to seal the most unlikely of wins.