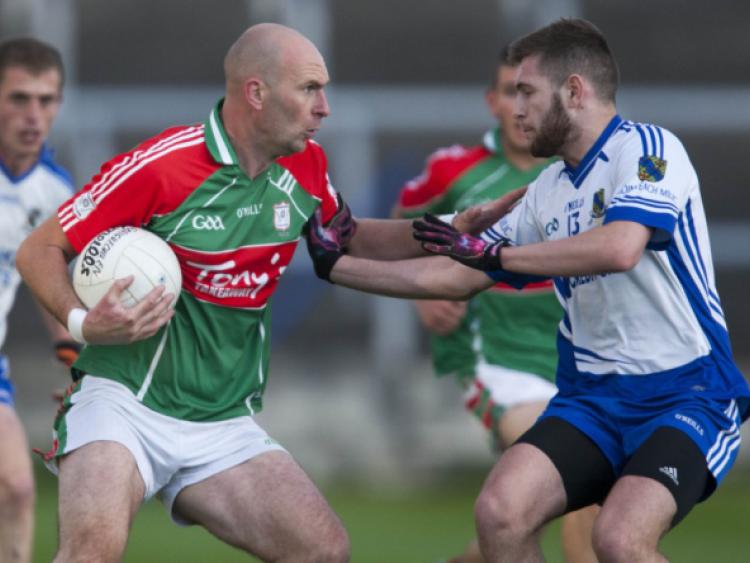 For 55 minutes of what to that point was an instantly forgettable game, there looked to be only one winner, and that wasn’t going to be Graiguecullen.

For 55 minutes of what to that point was an instantly forgettable game, there looked to be only one winner, and that wasn’t going to be Graiguecullen.

They had been outworked, outfought and, most importantly, outscored by a Mountmellick side who deservedly held a four point lead as the game ticked into the final minutes.

But after four late points, a goal from the penalty spot and two red cards after a bout of handbags broke out in the middle of the field, Graiguecullen somehow emerged from the frantic final few minutes with a three point win that earned them their place in the quarter-final.

We have learned in recent years that you can never write off Graiguecullen but the way they went from abysmal to amazing in the blink of an eye last Friday rivalled even their incredible turnaround against Portlaoise in 2013.

From nowhere, they suddenly clicked into gear and pulled off a miraculous three point win scoring more in the final five minutes and injury-time that they had in the previous 55 minutes combined.

Substitute Brian Byrne was key kicking two points in quick succession and fellow substitute Ambrose Doran added another to reduce the gap to one.

Then came the penalty for a pick up off the ground which incensed Mountmellick. Initially there was confusion over the decision but referee Colm Kelly consulted his umpires and his linesman before making his decision and awarding the penalty. Mark Doogue’s effort was not well struck and goalkeeper Eoghan Keogh got a toe to it but the ball still found its way to the back of the net putting Graiguecullen in front for the first time in injury-time.

Soon after the goal a lengthy bout of innocuous enough pushing and shoving involving the majority of players broke but and when the dust settled on that, Graiguecullen’s Padraig Murphy and Mountmellick’s Eoin George were given their marching orders, much to the surprise of both teams.

There was still time for Trevor Collins to kick an outrageous point off his right foot that perfectly summed up the dramatic change in fortunes for his side in the final minutes.

Up to that point they had struggled to make an impression on the game against a well organised, well drilled and hard working Mountmellick side. Michael Lawlor was outstanding at full-back for Mountmellick with Eddie Melia hugely effective as the extra defender.

They started the game superbly and had three points on the board inside the opening eight minutes, two from Niall Mullen frees and one from Eoin George. Mountmellick also had an excellent goal scoring opportunity but Gearoid Hanrahan was denied from close range by Patrick Scully.

Scores were hard to come by after the opening onslaught with a long range effort from Shane Conlon being the only score from the eighth to the 20th minute.

Eventually Graiguecullen opened their account with a point from Lee Murphy and further scores from Danny Alsybury and Mark Doogue left them just a point behind at the break despite being outplayed for the majority of the half.

The quality of the game did not improve in the second-half with both sides defending in depth and trying to score on the break. Points from Ian Fleming and Lee Murphy for Graiguecullen to just one in reply from Niall Mullen levelled the scores early in the second-half but a trio of frees from Mullen put Mountmellick back into the lead.

After Shane O’Neill pulled one back for Graiguecullen, Jason Caffrey and the deadly accurate Mullen found the target for Mountmellick leaving four between the sides with four minutes remaining.

At this point Mountmellick looked on course for an upset win but the late points from Byrne (2), Doran and Collins and the goal from the penalty spot from Mark Doogue flipped the game on its head as Graiguecullen snatched victory from the jaws of defeat.