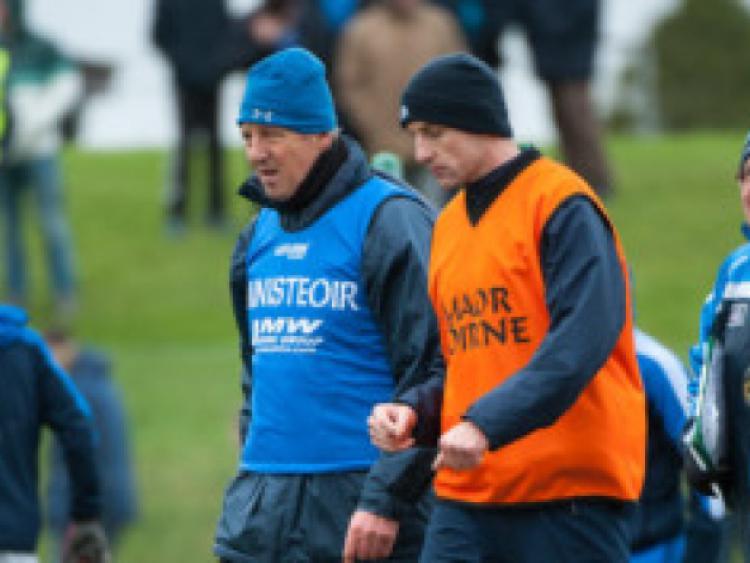 Laois manager Tomás O Flatharta admitted to being happy with the “honesty and work rate” of his side after their one point loss to Dublin on Sunday.

Laois manager Tomás O Flatharta admitted to being happy with the “honesty and work rate” of his side after their one point loss to Dublin on Sunday.

Coming into the game on the back of two heavy defeats, Laois needed to turn in a performance at the very least, and while they did that, a victory could have been secured.

Reflecting on the game which Laois probably should have won (Laois hit ten wides; eight in the first half alone, compared to Dublin’s six), Ó Flatharta admitted “We came short. While we made some silly errors in the first half but we got some good scores as well. Dublin played well against the wind in that opening half but credit to our backline, they were very solid and the lads worked back very well and we got a good few turnovers.

“I suppose to many people at half time we were up against it but we kept at it right throughout the game and there was a big improvement from last week and the week before and I suppose the thing that was there most of all is there was lads there today who showed what playing for Laois meant to them.

“They worked extremely hard for one another, we asked for honesty and work rate and I thought we got plenty of that from them”.

Looking ahead to their first league game, against Westmeath in three weeks time, Ó Flatharta admitted there was still work to be done. “There are a lot of things we have to get right in the meantime, we did some silly errors and we have to get those right. We have to prepare for the trip to Mullingar on February 1 and obviously every team is going to be trying to get points in the league and we are going to be doing the same”.

In the games against Offaly and Maynooth, this Laois side has been criticised for over relying on a defensive style of play. Ó Flatharta disagrees. “We play attacking football, we play defensive football and that’s they way you have to play it. There is no set thing in it.

“You can see there today that we scored 1-11 in conditions like that in January it shows that we have the attacking player as well but a lot of work has to be done in defending as well”.

Regarding the panel and training, Ó Flatharta said. “The panel is always going to be an open panel and we will be looking at lads on the U-21s as well as the lads we have here and assess their performances over the next few weeks.

“Training is going well, we were training all through December and took a break for Christmas and over the last week we have played three games so lads are working very hard in training sessions and that’s great to see.

“There were a lot of players today who hadn’t played with Laois at this level before. We are missing players through injury, college football, the Hastings Cup etc and when we asked the lads in to help us out, they answered the call and it shows that they want to play for Laois and we won’t forget that.

“We aren’t going to get carried away here, we have a National League game coming up and putting in a performance like that today is something we would expect to be repeated. A once off thing is no use whatsoever to use; we need that to be repeated and repeated. I’m pleased with the work rate and honesty that was there today”.

The reality for Ó Flatharta is that his side have started this year with three straight losses and it’s going to take huge effort by the team to retain Division 2 status this year.