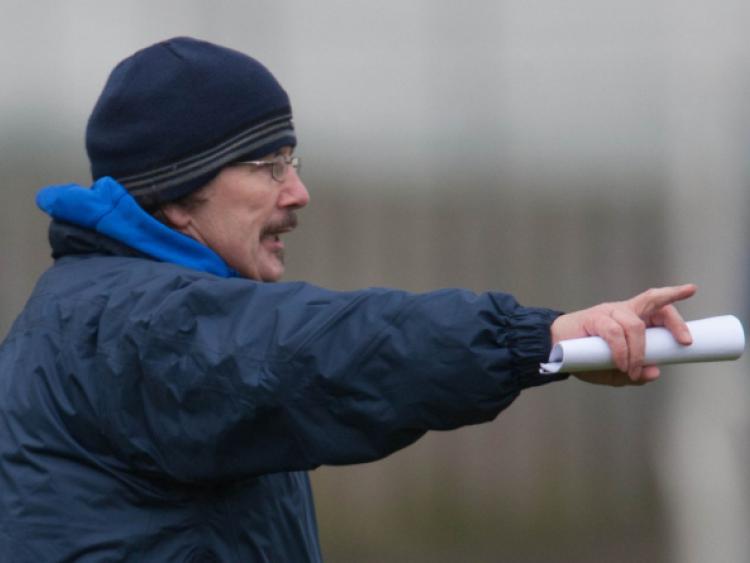 Laois senior hurling manager Cheddar Plunkett was a happy man as he watched his side open their 2015 season with a 17 point win over UCD on Sunday in Abbeyleix.

Laois senior hurling manager Cheddar Plunkett was a happy man as he watched his side open their 2015 season with a 17 point win over UCD on Sunday in Abbeyleix.

Despite an indifferent start to the game, Laois took control of matters midway through the first half when they went on a run of scores to open up a big lead.

Reflecting on the game afterwards, Plunkett admitted it was as good a start to the year as he could have hoped for. “Walsh Cup matches any year, you’re looking at things and experimenting with different players and different formats, and when you are able to do that and get a win out of it, we’d be satisfied with that.

“From the players point of view, they have done a lot of work and it’s nice to get out and play a game and get a bit of hurling rhythm into your play as well, so all in all, we’re satisfied.”

If there was one thing which took some of the gloss off the win for Plunkett it was Laois’ indifferent start, and he warned his players they can’t afford to do that when the league rolls around. “For the first 15 minutes or so I felt we were just standing off the ball and standing off the play, and I wouldn’t have been happy with that. If that had been a Division 1B match, we’d have been out of the game after 15 minutes, and you can’t have that.”

The scoreline Laois racked up was very impressive, as they scored 2-22 and, between wides and shots dropping short, managed to create roughly 40 shots at goal in the game, which was another sign of a step in the right direction for Plunkett. “These are targets we are aiming for, I thought some of our ball use was really good, and then some times we just gave it away and landed it up the field. We definitely want to be able to move away from that and be able to play precision hurling at a much quicker pace.

“We haven’t done any great amount of hurling yet and I’d be happy that will come in time, but I’d be satisfied with the score and the creation of scores, but there’s a lot of times where we wasted ball and gave it away very cheaply, and we just need to cut that out.”

As supporters drifted away from Abbeyleix on Sunday afternoon when the game ended, there was still plenty of work to do for the panel, as they were subjected to a series of sprints up and down the length of the pitch. It was an insight into exactly how demanding life is for an intercounty hurler these days, as they spent a good half hour on lung-bursting runs after a 70 minute game in tough conditions.

“Certainly, when I think back to my own days, there was probably a lot of lads in the pub at this stage talking about the match” joked Plunkett as the subs were subjected to extra running. “The commitment of players nowadays is awesome. Overall, what we’re trying to do here in Laois at minor level, and at every level really, is to instil that desire to keep improving yourself all the time, and that’s 24/7, every minute of the day.

“You simply cannot walk off the training field and do something silly at that stage and come in the next night and perform, we know it doesn’t work like that. We are really looking at continuous improvement all the time, and that every player has a massive desire and hunger to better himself for every single session he comes to, and when we have that and build it into the panel, we’ve a chance of going some place.”

Laois now have next weekend off, before a home game against Wexford on January 25. If they win that, they will top their group and proceed to a semi-final against the winners of the group containing Antrim, Dublin and DIT.

They will hope to welcome some players back into the fold too, as this win was made all the more impressive considering Patrick Purcell, Stephen Maher, Ross King, Tom Delaney and John Purcell were not available, while Brian Stapleton were only introduced as substitutes.