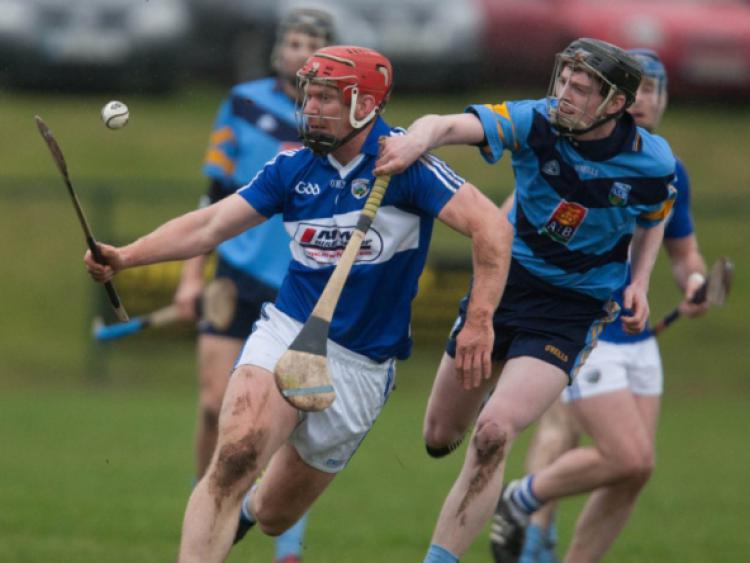 Laois could hardly have asked for a better start to 2015, as they eased to an impressive 17 point win over UCD in Abbeyleix on Sunday afternoon.

Laois could hardly have asked for a better start to 2015, as they eased to an impressive 17 point win over UCD in Abbeyleix on Sunday afternoon.

Games against college opposition at this time of year can be tricky, but Laois made short work of an understrength UCD side.

With Zane Keenan making a big impression on his return to the fold (he scored 1-9), there were plenty of positives for Cheddar Plunkett after the game.

Joe Fitzpatrick picked up from where he left off last year too, while PJ Scully showed his intention to break into the championship starting team this year with a haul of 1-3 from corner-forward.

While there are certainly things to be worked on, including a sluggish start and some wasteful use of possession, anyone leaving Abbeyleix on Sunday would have had to be happy with what they saw.

Indeed, for those who didn’t rush off afterwards, they would have seen just how tough it is at intercounty level now. After a 70 minute game in tough conditions, the entire panel was subjected to a sprints sessions down the full-length of the field for about 20 minutes after the final whistle, with the subs then told to keep running even longer. The level of commitment required is simply incredible.

Laois made a bright start, Tommy Fitzgerald getting the opening point of the game and PJ Scully following it up with a quick-fire brace to open up a three point lead.

UCD had showed little in the opening stages, but sprung to life in the fifth minute when a moment of individual brilliance from Conor McDonald saw him flick up the ball in a melee of players and crack a shot to the net.

Laois were enjoying a significant wind advantage in the first half, and at times it was proving to be as much of a hindrance as a help.

Zane Keenan added a couple of frees after Fitzpatrick’s effort, and while the scores kept raining in from all angles, the wind pulled as many shots wide of the mark as it helped send between the posts.

The half ended with Zane Keenan adding two more points to Laois’ tally, as they lead 0-14 to 1-2 at the interval, having hit nine wides in the process, meaning they manufactured 23 shots at goal in the opening 35 minutes.

The second half opened with a point from Conor McDonald, but Laois hit back in ruthless fashion. Working the ball up field, good work from PJ Scully saw him work a shot at goal, and he duly found the back of the net.

The next action of note unfortunately produced two red cards, as a tangle between Cha Dwyer and UCD full-back Matthew O’Hanlon saw both men sent to the sideline.

It failed to alter the course of the game, however, and with UCD opting to drop an extra man back in defence, it left John A Delaney free to sweep up oceans of possession in the Laois back line.

The scores kept coming at the other end of the field, with Zane Keenan adding two more before substitute Dwane Palmer landed a lovely score from the right wing.

Fellow sub Neil Foyle also got in on the act, also from out on the right wing, before Zane Keenan added a second goal from the penalty spot, despite having to retake it.

Three more points before the end capped off the win, as Laois now look forward to Wexford in 10 days time.