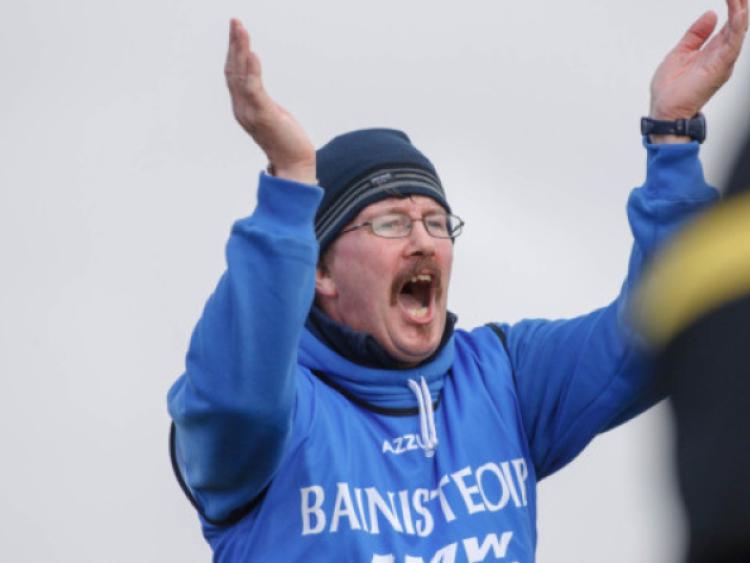 Laois manager Seamas Plunkett admitted he was delighted to have secured promotion back to Division 1B, after the first big test of his managerial career was successfully completed on Sunday.

Laois manager Seamas Plunkett admitted he was delighted to have secured promotion back to Division 1B, after the first big test of his managerial career was successfully completed on Sunday.

From the outset of his tenure the Portlaoise man had made league promotion a priority, and Laois achieved that with a comprehensive win over Westmeath on Sunday. As the sun emerged to accompany Matthew Whelan’s acceptance speech after the final whistle, Plunkett couldn’t hide his own sunny disposition when he spoke to the press. “If it had been a one-point win we would have been satisfied with it. I’ve said this a couple of times before, and I’ve been quite clear about what we wanted, when we wanted it, and the first thing that we wanted was to win the Division 2A final, and now we’ve done that and we’re up in Division 1B next year, and that’s where we want to be.

“We know we have an awful lot of work to do, but the beauty of all this is that we know there is great potential in this team, and it’s really up to us as a management team to get the best out of these lads, and I’m certainly looking forward to that. I’m looking forward to the long evenings as well, we’ve only got to play for probably three evenings of flow hurling so far, so there is lots of room for improvement.”

The outcome was a marked contrast from the last meeting between the teams, when Westmeath inflicted Laois’ only defeat in the league phase. While the turnaround was impressive, Plunkett felt much of it was down to the extra time Laois have had since then to grow as a team. “We all know that in terms of a team’s development, it takes a little time for things to happen.

“I keep saying this, and it’s not a throwaway remark, it takes time blend things together and get people used to playing together and get the work ethic up for everybody, and we all know that, we’ve all been involved with teams over the years, it doesn’t just happen or come handy or come easy, you have to work on it and I have to compliment the players on sticking with it and for being such a close bunch, such a spirited Laois bunch and for working really hard, and for actually supporting each other in that hard work as well.

“There’s no easy way out of this, for any team, regardless of what Division you are in, there is no easy way out, and I’m really satisfied with the way the lads are working with their attitude and the way they are approaching things.”

His focus is now turning to the championship. “We’ll do it smartly, we would have liked to have done a lot of other things, we started late, we knew that, and it would have been very easy to go out and run up and down hills. Even though we did do a bit of that, we have to work smartly, and we will do that over the next couple of weeks. We’ll work hard for the next couple of weeks and then we’ll wind down after that and try to peak for that championship match, whoever that is against.”