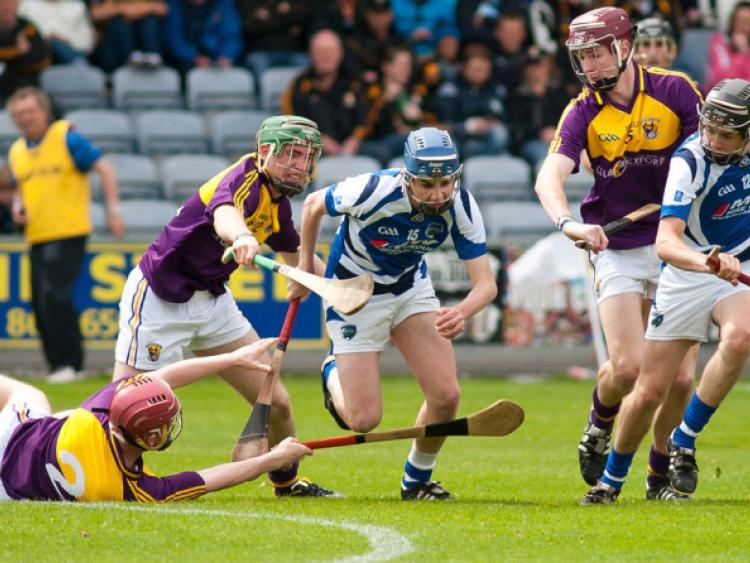 Laois qualified for their first Leinster MHC final since 1991 on Sunday afternoon, as they saw off Wexford by four points in O’Moore Park.

Laois qualified for their first Leinster MHC final since 1991 on Sunday afternoon, as they saw off Wexford by four points in O’Moore Park.

Pat Critchley’s young charges held their nerve in a tense finish to the game to seal a historic win, as Ronan Delahunty’s injury time point put the seal on a historic win for the county. Coming just seven days after the seniors drew nationwide praise for their performance against Galway, the minors went one better and booked a spot in the provincial final in two weeks time.

Stephen Bergin’s first half goal kept Laois well in the game at half time despite Wexford enjoying a considerable wind advantage, as the Model men only leadby a point at the break, 0-8 to 1-4.

The second half was a closely fought affair, with never more than two points between the teams. The game gradually became a test of nerve, and Laois passed with flying colours as Ciaran McEvoy’s free in the 59th minute opened up a three point lead, and Laois pushed for home from there.

They now play Kilkenny in the Leinster final on July 7.

For full match report, reaction and analysis, see this week’s print edition of the Leinster Express.