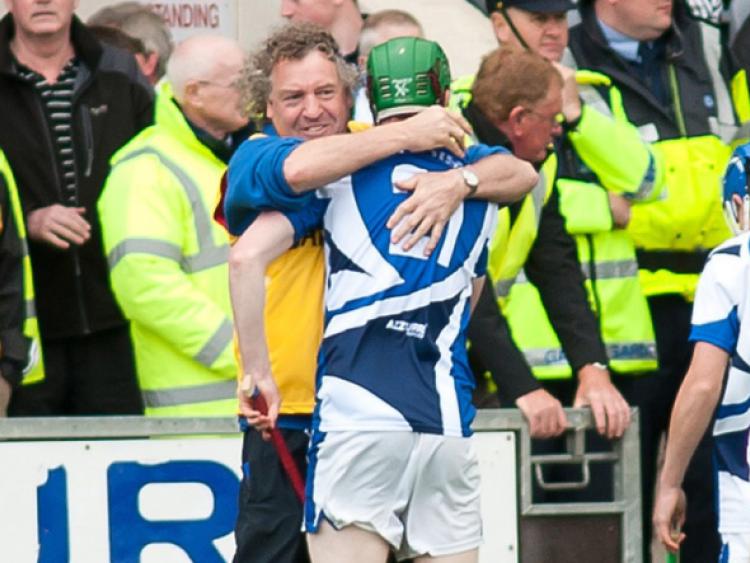 Laois manager Pat Critchley has repeated the call of his senior counterpart Seamus Plunkett for the GAA to back the promotion of hurling in the county after the latest success on Sunday against Wexford in the Leinster Minor semi-final.

Laois manager Pat Critchley has repeated the call of his senior counterpart Seamus Plunkett for the GAA to back the promotion of hurling in the county after the latest success on Sunday against Wexford in the Leinster Minor semi-final.

Just a week after the senior team drew plaudits for their performance against Galway, Critchley has called for more funding for the game in Laois to allow the progress of the last year to continue. “It’s vital now that we put savage effort into all the strands that we have.

“We have a system that’s producing good players but it’s only working at 50%, and we will need help on that as well, from Croke Park or Central Council or wherever it’s needed, so that Laois never goes back to where we were in the scheme of things, in hurling.

“It’s no good coming along and in another 20 years time we’re in another Leinster final. Twenty years is too long for Laois to not be in a Leinster final, but we need the resources to do that, and we know that any resources put into Laois, with the systems we have, will get a good bang for their buck, I can tell you that.

“We’ll guarantee that it will be used well, and we need to drive that on now and do that, but that’s another days work, we’ll enjoy this one for the moment.”

The outpouring of emotion at the end was something that those present will not forget any time soon, and Critchley dedicated the win to all of those promoting the game around the county. “There’s an awful lot of people that have put in a lot of work at different levels – schools, clubs, nurseries, Setanta – and originally the idea was that we should be in contention every year at minor, and to get to semi-finals every single year.

“It took us 40 years to beat Offaly last year, and we beat them in the quarter-final to get us into a second semi-final in a row, so we’re regularly getting into semi-finals.

“The year you’re good enough to win a semi-final, that’s when you have to win it and that’s what the lads did today.

“If we were a Kilkenny of this world, in the situation we were in, we would have closed off that game more comfortably, and that comes with building to the next level, being used to playing in tight semi-finals, and winning them.”

The Laois boss also knows that Laois will have to improve for the Leinster final. “The lads know there is a way to go, we have to play better than we did today in Croke Park, against Kilkenny in a Leinster final.

“We were very disappointed with how we played against them in Nowlan Park. We learned from that, and we have come back from that. We asked them that day ‘Would you like to play them again?’ and they said they would, and we will do better against them the next day.

“Finals are there to win, and we’ll give every God-damn drop we have to try and win that final.”