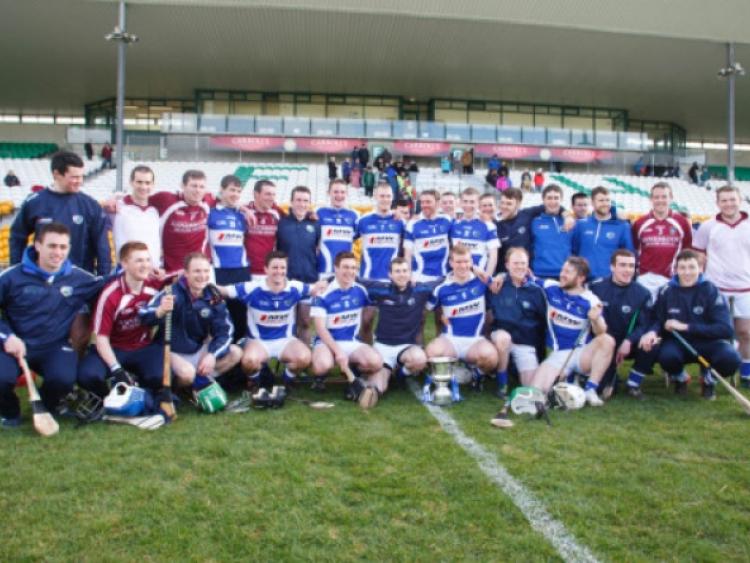 Laois senior hurlers made a significant step forward for the game in the county on Sunday afternoon, as they easily accounted for Westmeath to book an immediate return to Division 1B.

Laois senior hurlers made a significant step forward for the game in the county on Sunday afternoon, as they easily accounted for Westmeath to book an immediate return to Division 1B.

Two goals in the opening ten minutes from John Brophy, combined with an excellent defensive display, meant that Laois were in control from the very early stages. Westmeath offered little in response, as they managed just one point from play in the entire game and never looked like making it competitive.

In contrast, Laois were playing some of their best hurling of the league campaign. Five of the starting six forwards scored, while the back line, led by captain Matthew Whelan, were tenacious and clinical when they needed to be. They made a blistering start too, scoring 2-3 in the first ten minutes to really rattle Westmeath, with Brian Hanley calling in his first substitute after just 13 minutes.

Laois were by leading 2-7 to 0-6 at the interval and the second half started with both teams trading points, as Stephen Maher and Willie Hyland struck for Laois with Derek McNicholas twice responding for Westmeath. Laois really killed the game off in the next five minutes. Stephen Maher pointed his fourth free of the day before Tommy Fitzgerald then swept him Laois’ third goal of the day, after Neil Foyle and Zane Keenan had both seen shots saved by Peter Collins.

Fitzgerald’s goal gave Laois an eleven point lead and from there it was just a matter of finishing out the game for Laois and not doing anything silly, which they didn’t. A few Westmeath attempts to breach their back line were dealt with well, and Stephen Maher had the final say as his free secured an 11 point win and promotion back to Division 1B.