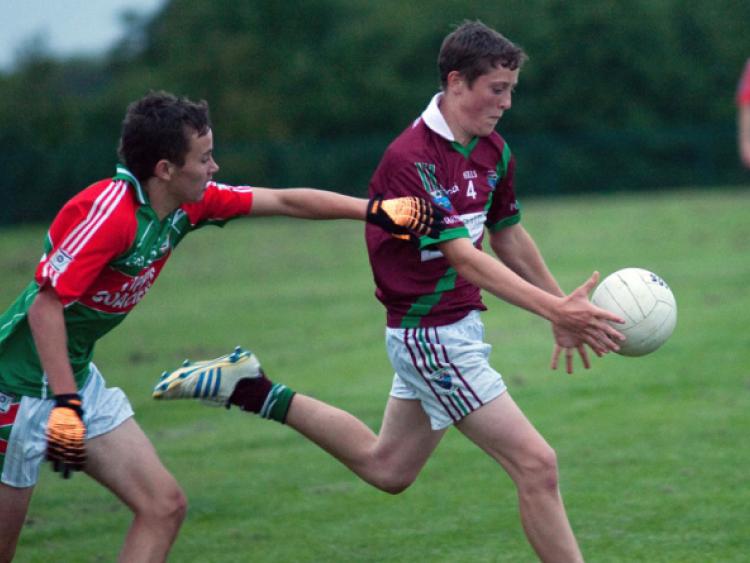 Portarlington dug deep in the dying minutes of the game to hold on to the result as Graiguecullen battled back to within two points of the eventual winners in a hugely entertaining final in Annanough.

Portarlington dug deep in the dying minutes of the game to hold on to the result as Graiguecullen battled back to within two points of the eventual winners in a hugely entertaining final in Annanough.

Graiguecullen registered the first score of the game after just a minute, with corner-forward Ryan O’Grady hitting the mark from thirty yards with a placed ball to give Graigue an early lead.

Portarlington opened their account in devastating fashion after five minutes when a series of moves carved a hole in the Graiguecullen defence.

Jake Foster kick-started the move with a well-timed pass to Colm Murphy, who in turn sent Jason Ward through for the goal.

Unfazed by Portarlington’s early goal, Graiguecullen went forward from the resulting kick-out to grab a goal of their own. Just a minute later, Denis Hand raised the green flag to push Graigue one point ahead.

Graiguecullen continued to impress as they notched a further two points from Ryan O’Grady and Brian Byrne, while Portarlington kept in touch with a Jason Ward point.

With nineteen minutes on the clock, Portarlington claimed their second goal of the day through Colm Murphy, sending them a point in front before Jason Mulhall closed out the half with a point to see Portarlington lead by two at the break.

The second half was en evenly matched affair with both sides continuing to trade point for point.

Jason Ward continued to menace the Graiguecullen at any given opportunity as he tacked on three second half points, while Ryan O’Grady kept Graigue in-touch with four pointed frees.

As the game entered injury time, Graiguecullen continued to look for a way back and tehy nearly got one when Gearoid Cuddihy rattled the net to close the gap to two points - but that was as close as they came as Portarlington held on to be crowned League champions.