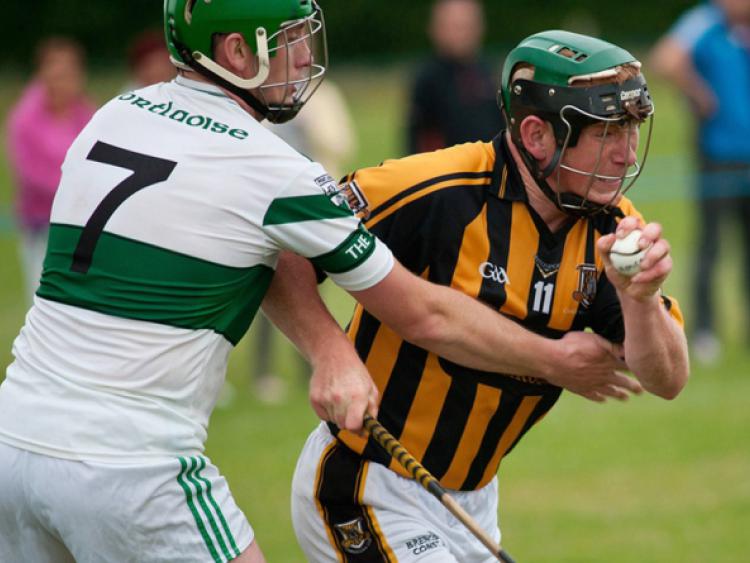 In the penultimate round of the league, Castletown-Slieve Bloom, Clough-Ballacolla and Rathdowney-Errill all claimed victories in what has been an exciting week for Laois hurling following the boost form the Minors victory over Wexford on Sunday.

In the penultimate round of the league, Castletown-Slieve Bloom, Clough-Ballacolla and Rathdowney-Errill all claimed victories in what has been an exciting week for Laois hurling following the boost form the Minors victory over Wexford on Sunday.

Castletown-Slieve Bloom grabbed two goals in the final five minutes to snatch the result from The Harps on a scoreline of 2-15 to 0-16.

John Gaughan led the charge for Castletown-Slieve Bloom with 1-7 to his name, Ben Conroy slotted 1-4 from play, while Seamus Lyons (2), James Hooban and Declan Keenan all fired points as Castletown claimed the win.

Castletown-Slieve Bloom must beat Portlaoise in the final round to grab a semi-final place, while The Harps must beat Rathdowney/Errill and hope that both Camross and Ballinakill suffer defeats if they are to have any chance of staying up.

Clough-Ballacolla saw off the challenge of Borris-Kilcotton on a scoreline of 2-10 to 1-11 on Thursday evening.

County Star Picky Maher spearheaded the Ballacolla attack with 1-4 for the eventual winners, Willie Dunphy came off the bench to grab a goal, Willie Hyland and Damien Bergin both fired braces, while Ciaran Finane and Shane Hanlon completed the 2-10 as Clough-Ballacolla remain top of the table.

Borris-Kilcotton were fronted by Ciaran Comerford who claimed seven points, Neil Foyle was on hand to convert the gaol chance, while PJ Scully, Dan Fitzpatrick, Kevin Finlay and John Wall all raised the white flag as Borris-Kilcotton slipped to third place.

In the final game of the weekend, Rathdowney-Errill recovered from their defeat to Clough-Ballacolla last time out to dismiss the efforts of Ballinakill with eleven points to spare.

In what was an evenly-matched encounter for the majority, Rathdowney-Errill finished the stronger of the two to claim the victory in style. Ross King dominated the scorecard with eight points to his name, Tadhg Dowling grabbed five points, Jason Phelan grabbed the goal, Patrick Purcell, Eoin Burke and Shane Dollard al fired braces, while Brian Bowe and Joe Fitzpatrick notched points to see them through.